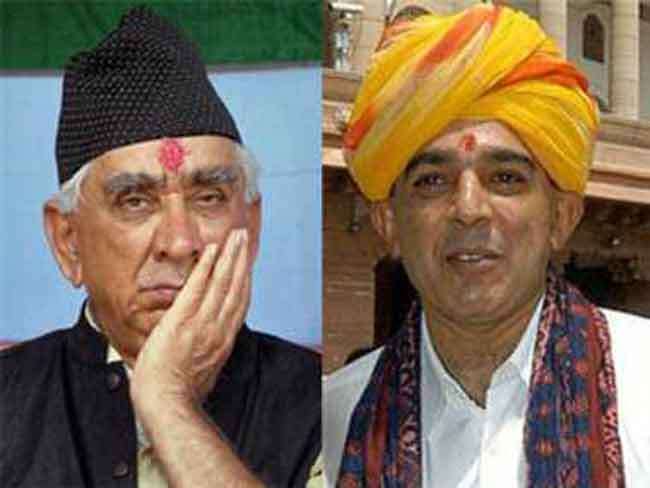 Amidst the speculations of Manvendra Singh quitting BJP, he announced his exit from the party at his Swabhimaan rally on Saturday in Barmer. While citing that joining BJP was a mistake he said, “Kamal ki phool hamari bhool thi”. He has been rigorously campaigning for his Swabhiman Rally in Barmer, his home constituency for the self-respect of voters.

Terming his rally the biggest, he said, “There have been many rallies of Gaurav (pride) and sankalp (determination), but this is the most important rally. This is a rally to fight for self-respect”. He further went on to say that ‘swabhimaan’ is our right.

Referring to his strained relationship with BJP ever since his father, Jaswant Singh, a veteran BJP leader was denied a ticket to contest the election in 2014 Lok Sabha polls, he said that he is running out of patience and now is the time for him to speak up. He targeted the BJP leadership at the centre and said, “The wounds are deepening but there is no one to listen”.

Reports were also there that Manvendra Singh’s mother, Sheetal Kanwar was highly upset about the insult meted out to hi husband Jaswant Singh by the BJP and she wanted her son to quit the association with BJP lest she will disown him.

Addressing his supporters at the rally he encouraged them to keep the spark alive and spread it across Rajasthan. He also challenged CM Vasundhara Raje and said “a storm is headed eastwards and will reach Jaipur.”

However, he did not clarify whether he will be joining Congress or not. He simply said, “I will go by what people here say.”