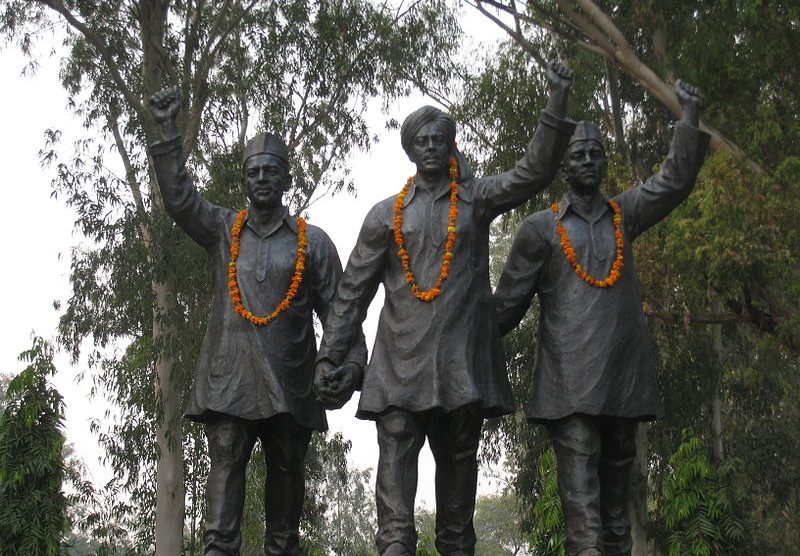 23rd March, 1931 was the fateful day on which three of the country’s arguably most passionate freedom fighters, Bhagat Singh, Rajguru, and Sukhdev were hung. Despite 70 years of independence, the three have not been accorded the martyr’s status.

Sukhdev Thapar’s family demanded that on this day the three should finally be given the status they earned. They have also warned that if the demand isn’t met then they will go on a hunger strike. A relative said, “Our demand is that they should be given the status of martyrs. We are going to Delhi on Friday. We will place our demands there. If our demands are not met then we will go on hunger strike.”

Ludhiana: Family members of Sukhdev Thapar demand martyr status for Sukhdev, Bhagat Singh and Rajguru, say,’they gave up their lives for the country. It has been around 70 years since independence, but they have not been given the status of martyr.’ #Punjab pic.twitter.com/iudWKsIdJA

We are going to Delhi tomorrow and will do a indefinite hunger strike till the three of them don’t get status of martyr. Family members of Bhagat Singh will also attend hunger strike: Ashok Thapar, relative of Sukhdev Thapar #Ludhiana pic.twitter.com/OwelWsBbPY

Narendra Modi paid his tribute to the martyrs today. He acknowledged that it was their sacrifice that allowed others to live in freedom and dignity.

The martyrdom of Bhagat Singh, Rajguru & Sukhdev was a watershed moment in our history. Every Indian is proud that these three great men belong to our land. At the peak of their youth they sacrificed their lives so that others can live a life of freedom and dignity. pic.twitter.com/XatfuPbyNK

The three martyrs were hung for the ‘assassination’ of British police officer JP Saunders in 1928, at Lahore. Last December when the demand for the martyr status was raised in the Hgh Court, the case was dismissed by a bench consisting of Justice Gita Mittal, and Justice C Hari Shankar, on the grounds that there was no law that stated that they could issue such a direction.