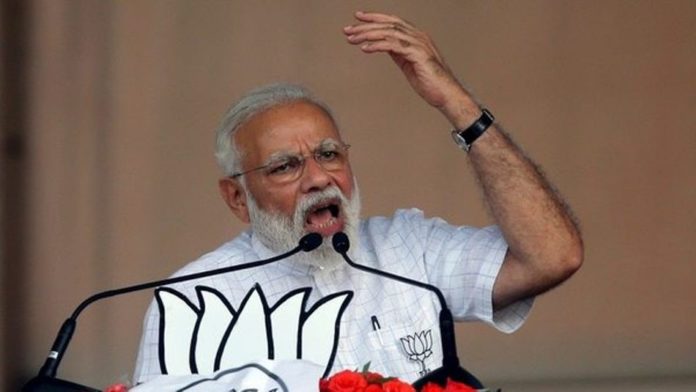 Launching a scathing attack on West Bengal Chief Minister Mamata Banerjee the PM said that it was the TMC goons who had vandalised Vidyasagar‘s statue in West Bengal and that the BJP will make attempts at rebuilding it.

PM Narendra Modi, on Thursday, launched a scathing attack on TMC in West Bengal stating that they had vandalised the statue of Ishwar Chandra Vidyasagar, the key figure of Bengali renaissance. PM Modi said that the BJP will rebuild the statue. He also criticised Mamata Banerjee saying that she never considered him to be the PM of the state even though he was voted to power by crores of Indians themselves.

Modi stated how Ishwar Chandra Vidyasagar was not only the ‘Vibhooti’ of the country but of the whole of India. “He was not only a great social reformer and educationist but also a guardian for the poor and Dalits,” said the Prime Minister.

However the CPM chief Sitaram Yechury went on to blame both the BJP and the TMC for the ongoing violence in West Bengal. The statue of Ishwar Chandra Vidyasagar was installed in the Vidyasagar College in West Bengal. With regard to the attack, Kunal Dey, a third year student of the college said and ‘The Telegraph’ reported, “As they stormed into the ground floor, they broke down the glass case. They also snapped the power cables so that they could carry out the destruction in darkness. The furniture were broken at will.”