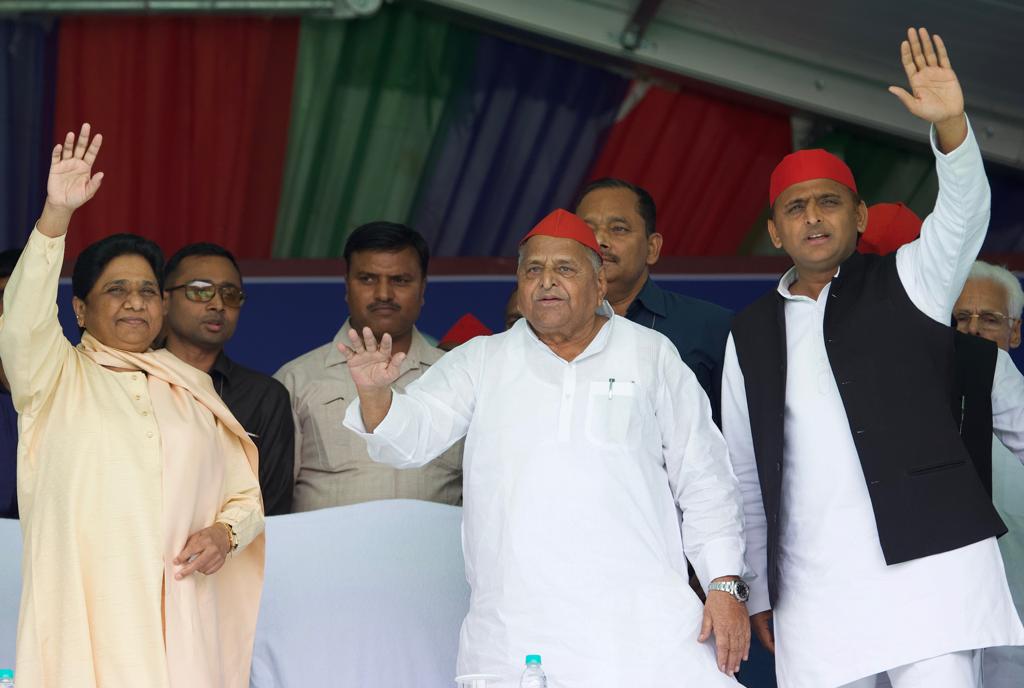 Speaking in the rally at UP’s Mainpuri, Mulayam Singh Yadav welcomed her and thanked her for the support. Yadav further said, ‘Always respect Mayawati Ji, She has always supported us whenever we need her support. I am really thankful that she has come here to support me.

Samajwadi Party who has forged an alliance with BSP in UP has named its patriarch Mulayam Singh Yadav from the seat.

She also defended her party’s decision to go on with an alliance with Samajwadi Party. She said, ‘You all and media persons must be curious to know why I have joined hands with SP and come here for Mulayam Singhji despite the State Guest House case. Sometimes there are things that are done in ‘Public Interest’.

Further lauding SP Patriarch, Mayawati said, ‘There is no doubt that Mulayam Singh has taken members of all sections of society along with him under the SP banner he is the real leader, especially of backwards who still consider him as leader…he is not a ‘Farzi’ backward (leader) like Narendra Modi,” the BSP supremo said while launching attack on PM Modi.

READ: Here is the list of Candidates announced by BJP-led NDA For Lok Sabha Polls 2019

It should be noted that SP Founder Mulayam Singh Yadav and BSP Supremo Mayawati had in 1995 fell out after their ruling coalition in UP crashed. Both had joined hands in 1993 with other small allies to keep BJP out of power.

Akhilesh Yadav was also present in the rally who appealed to give Neta ji biggest victory in the coming polls.

Samajwadi Party in a run-up to the national elections has forged an alliance with BSP-RLD  Under the poll pact, BSP has kept a lion share of 38 seats while three seats been offered to Ajit Singh’s RLD. Samajwadi Party is contesting on 37 Seats of the state.

The 16 Lok Sabha Seats of including Gautam Budh Nagar, Ghaziabad, Meerut, Kairana, Saharanpur, Muzaffarnagar, Baghpat, Bijnor, Aligarh, Mathura, Buldansharhr, among others have already voted on in first two phases of Voting. Phase-III of Voting is slated for April 23.