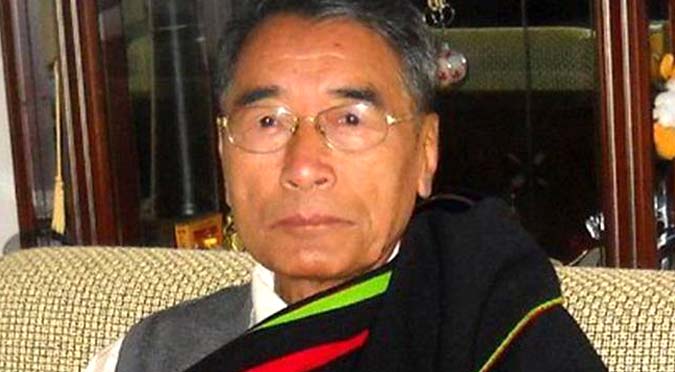 Nagaland Chief Minister Shurhozelie Liezietsu failed to turn up to face floor test in Assembly. and the House was adjourned thereafter.

Shürhozelie Liezietsu had assumed the office as the new CM of Nagaland after the former CM TR Zeliang resigned from the post on 22 Feb. Zeliang resigned following the violent protest by tribal groups who were opposing his move to hold civic polls with 33 per cent women’s reservation.

Nagaland has seen three Chief Ministers since 2014 and another change is likely after  TR Zeliang wrote a letter to the governor pleading to form a government with the support of 41 out of 59 MLAs. Governor of Nagaland PB Acharya on 11 July had issued a notice to Shürhozelie Liezietsu to prove his majority on the floor, to which the CM had agreed to.

Earlier, keeping in mind the Presidential elections due on 17 July the floor test was postponed until further notice until no fixed date given, but later the date was resumed to 15 July for the floor test. However, Nagaland Chief Minister Shurhozelie Liezietsu on Wednesday failed to turn up to face floor test in Assembly and the House was adjourned.

Governor P.B. Acharya on July 18 had directed Speaker Imtiwapang to summon an emergency special session of the State Assembly at 9.30 a.m. for the Chief Minister floor test, but the CM failed to appear without giving any valid reason for his absence.