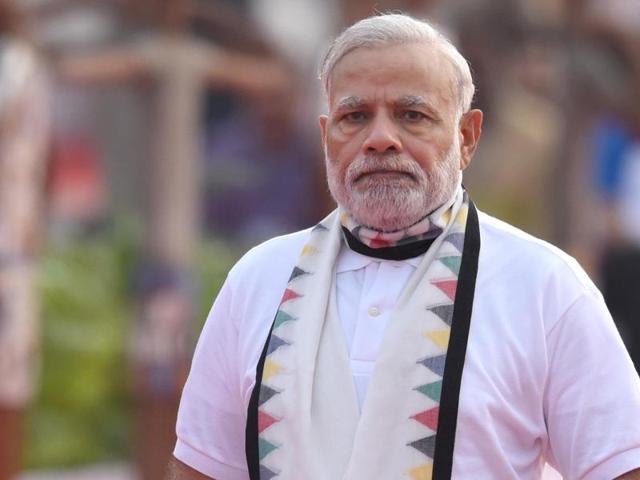 Supreme Court of India today pronounced the judgment in much disputed Ayodhya land case. The court gave a balanced judgment where it allowed the specific land for constructing the temple and allotted a separate land piece (twice the size of disputed land) to the Muslim party (Sunni Waqf Board).

Prime Minister said, “Today, the Supreme Court has ruled on an important case that has a history of hundreds of years behind it. The whole country wished that the matter should be heard in the court on a day-to-day basis, which took place, and today the decision is out“.

Narendra Modi also mentioned the fall of the Berlin wall which also happened on 9 November. The leader also expressed his happiness over the inauguration of Karatarpur Corridor that bridges the gap between Pakistan and India.

PM Modi: Today is 9th November, the day when Berlin wall was brought down. Today the #KartarpurCorridor was also inaugurated. Now the Ayodhya verdict, so this date gives us the message to stay united and move forward https://t.co/ugFLOzroE4 pic.twitter.com/fK0Cwc2KG2

Prime Minister iterated the country’s apex court effort towards resolving the case. He said that all the judges heard the petitions carefully and came out with a decision that was accepted by all.

The Supreme court has instructed the Centre to make the required arrangements for the construction of the temple. The Centre has been directed to form a trust for the same.

#WATCH Prime Minister Narendra Modi: Supreme Court listened to all the sides during the hearings of this case with utmost patience & it is a matter of happiness for the entire country that the decision came with the consent of all. #AyodhyaJudgment pic.twitter.com/kWiiA0ZHSq

BJP veteran leader LK Advani also expressed his happiness with the court’s decision. He hailed the judgment as historic and vowed to join the country in welcoming the decision.

Senior BJP leader LK Advani: I join all my countrymen in wholeheartedly welcoming the historic judgement delivered by the five-member Constitution Bench of the Supreme Court today in the #Ayodhya matter. (File pic) pic.twitter.com/SZ27udhyVQ

The court heard the matter for 40 days straight, right from the 6th august after the mediation panel headed by Judge FM Ibrahim Kalifullah was unable to come out with an amicable solution.

Supreme Court started hearing the batch of petitions against the judgment of Allahabad High court that had divided the 2.77-acre in Ayodhya among the Sunni Waqf Board, the Nirmohi Akhara and Ram Lalla equally.