The Indian Wire » Politics » Lok Sabha Polls: NDA Leaders get together at Amit Shah’s Dinner meet ahead of Results 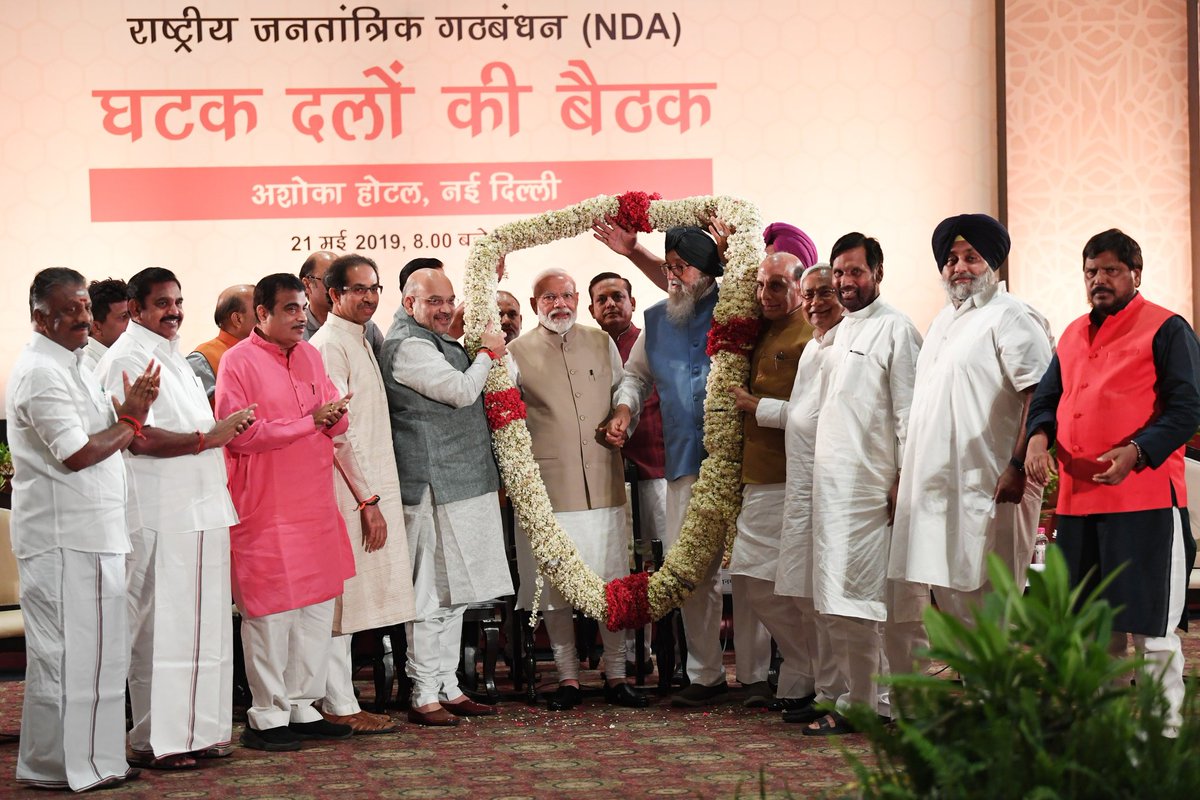 The allies presented shawls and bouquets to Prime Minister Modi.

Speaking in the Dinner Meet, Prime Minister Narendra Modi said, ‘NDA as an Alliance will represent the ambitions and aspirations of the country’, told Union Minister Rajnath Singh who briefed the media.

‘With the NDA family. Our alliance represents India’s diversity and our agenda is India’s progress. We are best suited to address regional aspirations and enhance national progress’, tweeted PM Narendra Modi after the meeting.

With the NDA family.

Our alliance represents India's diversity and our agenda is India's progress.

We are best suited to address regional aspirations and enhance national progress. pic.twitter.com/iKNgv2e898

Earlier in the day, PM Modi met his Council of Ministers at the BJP headquarters.

While on the other hand at least 21 Opposition parties led by TDP President N Chandrababu Naidu is scheduled met the EC over VVPAT-EVM Count Issue.

While the Opposition parties have termed the exit polls as wrong and express a hope that the May 23 results will be very far from the trend suggested by the Exit Polls.