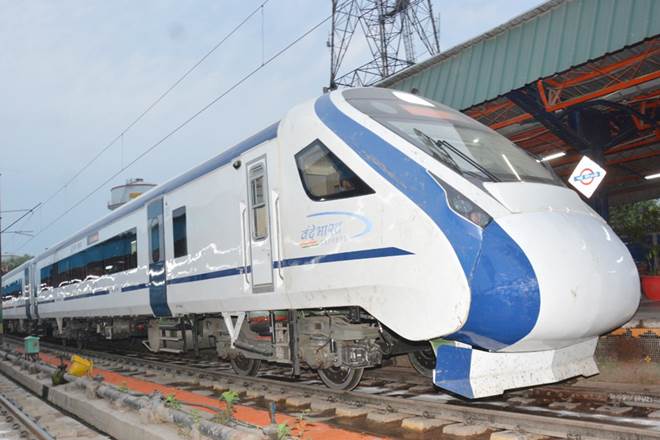 NEW DELHI: Vande Bharat Express train Delhi to Katra in just 8 hours! Goyal-led Indian Railways is hoping to start the new express service soon. A railway official said that the proposal for the new route of Train 18 or Vande Bharat Express is awaiting clearance from the Prime Minister’s office.

The new route for the second Vande Bharat Express from Delhi to Katra has been approved internally. The file has now been sent to Prime Minister’s office for final approval. The new Train 18 will begin service only after approval from the PMO.

Vande Bharat has been undergoing trials on the Delhi-Katra route under the Northern Railway zone of the national transporter. Running at a maximum speed of 130 kmph, the Delhi-Katra Vande Bharat Express will cover 600 kms in just 8 hours. The fastest train between Delhi and Katra at present takes about 12 hours. The Indian Railways has drawn up a proposal. According to it, the New Vande Bharat Express will depart from New Delhi at 6:00 AM and reach Katra at 2:00 PM.

The new Vande Bharat Express also does away with some common complaints from the past. The pantry size has been increased to accommodate more meals. Aluminium clad nose cover has been provided in the front. It prevents damage due to cattle run-over. A special film on windows is present to avoid damage due to stone pelting.