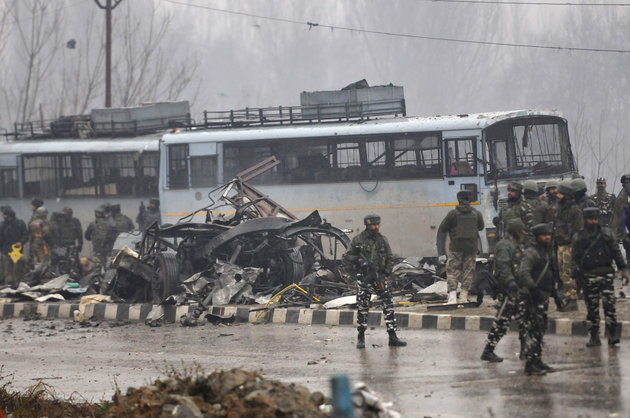 The National Investigation Agency (NIA) on Wednesday re-registered a case to probe the February 14 Pulwama terror strike that claimed the lives of 40 CRPF Personnel, an Official Said.

The NIA who reached Jammu and Kashmir the very next day of the attack has already taken samples of the explosives and evidence from the area in south Kashmir’s Pulwama district, where a suicide bomber of the Pakistan-based terror group Jaish-e-Mohammed detonated his explosives-laden vehicle next to the bus carrying the CRPF personnel.

An NIA spokesperson as quoted by news wire ANI said the agency has “re-registered the case and a probe team has been formed to investigate the case”.

The agency who is tasked with probing terror incidents in the country has also registered the first FIR on the Issue on Wednesday.

Experts of the National Security Guard (NSG) and investigators of the National Investigation Agency (NIA) left for Jammu and Kashmir on Friday – a day after Pulwama Terror Attack to join the probe.

The National Investigation Agency Team also took over the probe into the February 14 terror attack in Pulwama from the Jammu and Kashmir police, officials said. The state police had registered a case at the Awantipora police station on February 14 after a suicide bomber blew himself up next to a CRPF bus.

The agency has also met senior police, intelligence, and army officers to gather whatever evidence they have, Official said.

According to sources, ‘A 12 team member of NIA is investigating the Pulwama Terror Attack site, An IG Rank Officer leading the 12 member Team’ Sources added.

In a statement, the Ministry of External Affairs (MEA) blamed Pakistan for supporting terror infrastructure on their soil and appraised representatives of 25 countries over the involvement of Pakistan in carrying out terror activities in India.

PM Narendra Modi, Home Minister Rajnath Singh and senior ministers of the Cabinet warned of stern action against Pakistan for the dastardly attack.

Addressing his country over Radio Pakistan, Pakistan Prime Minister Imran Khan, however, dismissed his government’s role in the Pulwama attack and in turn, threatened India of retaliation in case of military action by New Delhi.

A bus, in which 42 CRPF Personnel which was traveling along with Convoy was being targetted and got extensively damaged in the blast that was followed by firing on the vehicle on February 14.