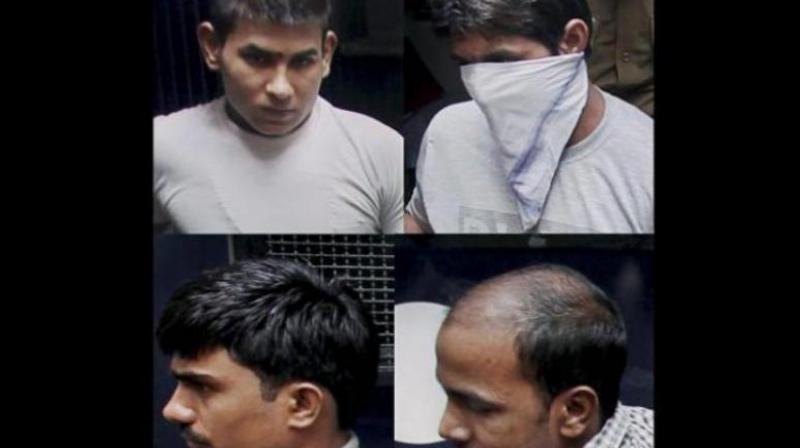 The apex court on Thursday rejected a plea by lawyer Alakh Alok Srivastava which sought the immediate execution of the four convicts in India’s infamous “Nirbhaya” gangrape and murder case of December 2012.

A bench of Justices Madan B Lokur and Deepak Gupta said, “What kind of prayer you are making? You are making the court a joke.”

On July 9, Supreme Court dismissed the pleas of three convicts — Mukesh (31), Pawan Gupta (24) and Vinay Sharma (25) which sought the review of 2017 verdict. The verdict upheld the capital punishment awarded to them by the Delhi HC and the trial court in the case.

The PIL mentioned that despite more than four and a half months being passed from the day when SC dismissed the review petitions of the convicts, the death penalty has not been executed.

It also mentioned that in rape-cum-murder cases, in a maximum of eight months from the lower court to the apex court, the convicted should be punished.

Heavily criticizing the delay, it added that such delays in execution of the death penalty are responsible in the increasing incidents of rapes being reported on a daily basis.

It said, “It apparently gives an impression in the minds of rapists that they would also be harmless if they commit such heinous crimes”

On the intervening night of December 16-17, 2012, a 23-year-old paramedical student was brutally raped and beaten inside a running bus in South Delhi by six persons.
Later, she was thrown out on the road. She died on December 29, 2012, at Mount Elizabeth Hospital in Singapore.

Parliament Attack of 2001: Modi, Kovind along with other leaders pay homage to the martyrs
Ramdev sings Modi’s praises: Says, “No one can cast doubt upon Modi’s intentions…”
Comment