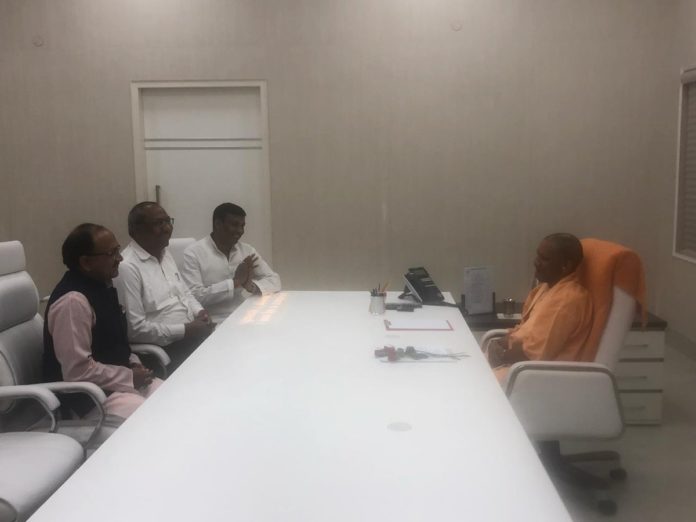 Blaming Samajwadi Party Chief Akhilesh Yadav, Nishad Party Chief Sanjay Nishad said, ‘Akhilesh Yadav had said he will make an announcement on seats for our party. But they didn’t put our name on poster/letter or anything’

My party workers, authorities, core committee all are upset, He added.

He further added that ‘So the Nishad party has taken a decision today that we are not with the ‘Gathbandhan’, we are free, and can fight elections independently. ‘We can look for other options as well. The party is free now’ he added while signaling to join NDA in Uttar Pradesh.

If Sources to be believed Samajwadi Party wanted Nishad Party Candidates on its electoral symbol of ‘Cycle’. ‘While the members of the Nishad Party don’t want to contest on their symbol and began quitting, Nikky Nishad media-in-charge of the party said.

Further revealing about the details that led to pullout, He added, ‘There was a conflict between the two parties on Maharajganj Lok Sabha Seat as Nishad Party wanted to contest with its own party symbol whereas Samajwadi Party was not ready for it.

Nishad Party who has a stronghold among Nishad Community in the state had earlier came into forefront during Gorakhpur by-poll. In the 2018 by-election, Son of Sanjay Nishad, Praveen Nishad of Nishad Party contested on Samajwadi Party ticket with the backing of BSP and defeated BJP‘s, Upendra Shukla.

Bharatiya Janata Party in a run-up to the general elections has only forged an alliance with Anupriya Patel’s Apna Dal (Sonelal).

SP-BSP in a run-up to the mega polls have agreed on 37:38 Seat Formula while 3 seats been offered to RLD. Both BSP-SP has started rolling out names of Candidates for the mega battle of ballots for the upcoming Lok Sabha Elections 2019.