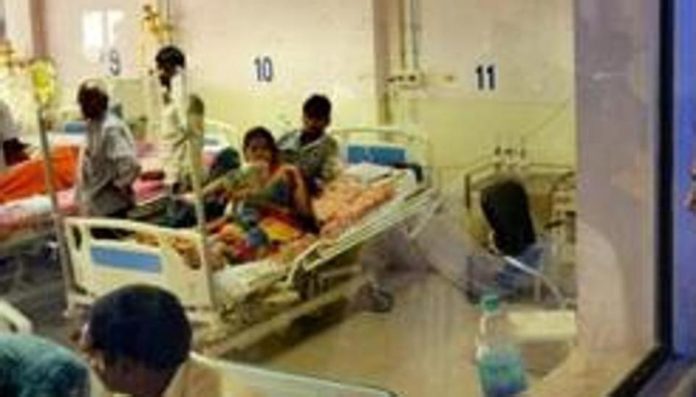 Patna, June 28 (IANS) Hours ahead of the Monsoon session of the Bihar Assembly on Friday, posters appeared in Patna blaming the NDA government for the death of over 150 children in Muzaffarpur due to Acute Encephalitis Syndrome (AES) and the complete collapse of law and order in the state.

Dozens of posters in Hindi that were pasted on walls along the main roads in the state capital, also demanded resignations of Chief Minister Nitish Kumar and Bihar Health Minister Mangal Pandey on moral grounds for having failed to check the spread of AES.

The posters termed Bihar as “maut ka kuan” (death well) and mocked it leaders lack of concern for the suffering of the people of the state.

“Chief Minister Nitish Kumar found time to visit Muzaffarpur only after 100 children had died, while Mangal Pandey was more interested knowing the score of the India and Pakistan World Cup cricket match at his press conference with Union Health Minister Harsh Vardhan in Muzaffarpur,” it said.

The posters also expressed growing resentment among the people over the rising lawlessness in the state with daily reports of murder, kidnapping, extortion, loot, robbery and rape.