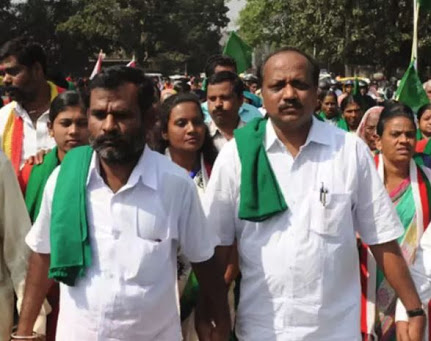 The voices demanding a separate statehood for North Karnataka have risen again. A newly formed outfit has given a call for a bandh in 13 districts of North Karnataka on August 2.

The outfit named Uttara Karnataka Pratyeka Rajya Horata Samiti (North Karnataka Separate Statehood Protest Committee) comprises of farmers and student organisations. On Wednesday, the forum’s leader Somashekhar Kotambari in Hubballi said, “The bandh will be in all 13 districts of North Karnataka.” They also claimed to have gained the support of other organisations for their cause.

Kotambari alleged, “stepmotherly treatment” of the North Karnataka by the political leaders. He said, “Though the region is rich in natural resources, problems like unemployment are unsolved. As governments neglected the recommendations of the Nanjundappa Committee report, the region has been suffering from poverty.”

The demand for separate statehood gained momentum after the alleged discrimination in the state budget towards North Karnataka presented by Chief Minister, HD Kumaraswamy. The forum also accused the government of neglect and poor treatment of North Karnataka leaders.

Basavaraj Karigar, President of Karnataka Rajya Raita Sangha raised the issue of Mahadayi project and said that North Karnataka has been struggling to get the project running for a long time now; whereas South Karnataka has witnessed many irrigation projects. He added, “The Krishna river benefits are not yet available for farmers. All development work is concentrated in Bengaluru, Mysuru, Ramanagara, Hassan, Mandya and other districts”, reported TOI.

The North Karnataka leaders will address the rally at Suvarna Vidhana Soudha in Belagavi planned by the forum.