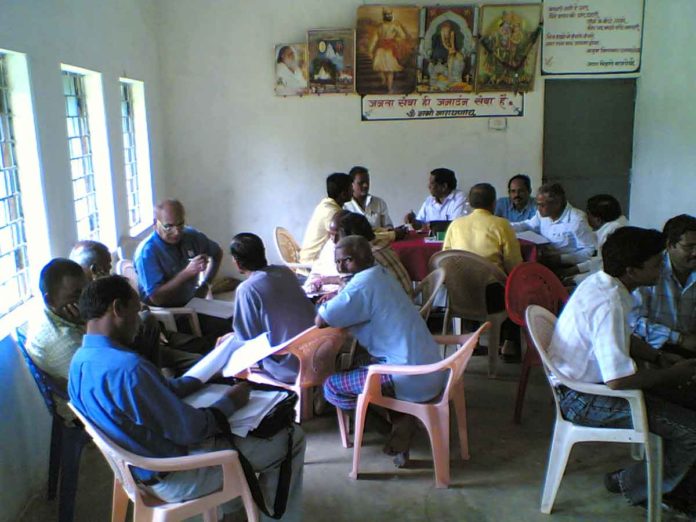 With the Telangana polls just round the corner, a group of NRI’s based in the United States of America has decided to come up with the idea of a people’s manifesto. Through the DYV(Dial Your Village) programme they aim to call each village every week so that they can explain their grievances and what they require out of the elections. The ‘People’s Manifesto’ is supposed to be formulated, through public consultations and debates with experts and citizens back home.

Led by Ravi Mayreddy, a Philadelphia-based NRI from Telangana, the DYV has been running campaigns for the past three years. Usually, the ones who take part in giving suggestions are sarpanches and experts brought on board for a better understanding of issues and formulation of suggestions for better governance.

“The time has come for citizens to evaluate the administration, compare available options, and pick the right one,” says Ramesh Nallavolu, a U.S.-based DYV member.

“…a large section of the voting public tends to come under the spell of the absurd blame games and unethical practices around the time of elections. Unfortunately, even the young and the educated are busy manufacturing and circulating fake news. Our aim is to use the same social media platforms to create a serious debate…” said Mr. Mayreddy.

The DYV has so far focussed on agriculture, healthcare, education, and libraries. While discussing the campaign initiatives, they had connected with Sudhakar Goud, which had led to a donation of ₹1 lakh by NRIs to the Telangana Librarians Association for a village library.

This is an effective initiative and one of the most democratic approaches to the idea of polling together the opinion of the people existing at the grassroot level and its success depends on how effectively the campaign is carried out under the DYV initiative and how much it will affect the government which comes to power.