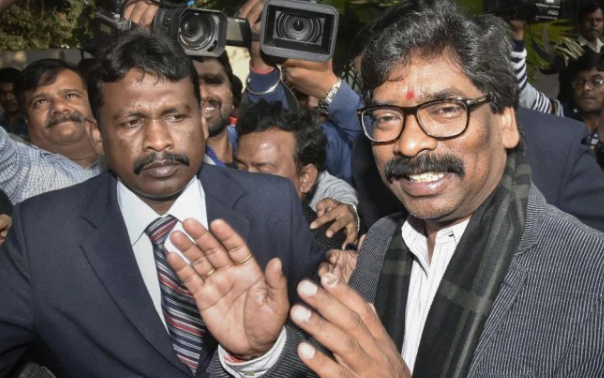 After winning the Jharkhand assembly polls with a clear mandate, Jharkhand Mukti Morcha leader Hemant Soren said that the oath-taking ceremony will happen on December 29. Speaking to the media on Tuesday, he also said that he has the support of 50 MLAs.

As quoted by ANI, he said, “We have claimed to form the government in Jharkhand, with the support of 50 MLAs. We have requested the Governor to invite us to form government in the state. The oath-taking ceremony will take place on December 29th.”

The alliance of Congress-Jharkhand Mukti Morcha-Rashtriya Janata Dal won on the 47 seats out of 81 seats. In this alliance, JMM won 30 seats, while Congress bagged 16 and Rashtriya Janata Dal won on one seat respectively. Bhartiya Janta Party had secured the second position in the state by bagging 25 seats. The remaining seats were won by other parties such as Jharkhand Vikas Morcha (Prajatantrik) winning on three seats, AJSU securing two seats, Communist Party of India (Marxist-Leninist) (Liberation) bagging one seat and NCP winning on one seat. The other two seats were won by independents candidates.