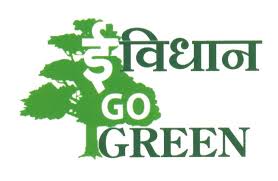 Odisha Vidhan Sabha speaker, Surjya Narayan Patro said on Wednesday that the state assembly will now switch to paperless mode. He said that the government has decided to bring in green practices and use green governance initiative- “e-Vidhan“.

Speaking to the reporters, Surjya Narayan Patro said that his MLAs had recently conducted a visit to the Himachal Pradesh which has a distinct feat of being the first state in the nation to go paperless. Impressed by the functioning of Himachal Pradesh’s assembly functioning, the process of implementing a similar feature was started in Odisha.

As quoted by ANI, Surjya Narayan Patro said, “We have given orders to NIC in this regard. Along with Wi-Fi, we are going to make all arrangements and changes like infrastructure to move towards the paperless concept.”

The Odisha speaker also apprised the media that he has formed a committee to invite tenders for training the MLAs. Consequently, Rs 1 lakh has been given to each MLA for the purpose of buying laptop. He further added, “A Committee has also been formed under the head of the secretary, works department and finance secretary to invite tenders. Meanwhile, we have sanctioned to purchase a laptop and also requested the Government of India to provide training to MLAs and staff about the system.”

It is expected that the initiative will make the functioning of the legislature more transparent, responsive, productive and accountable.