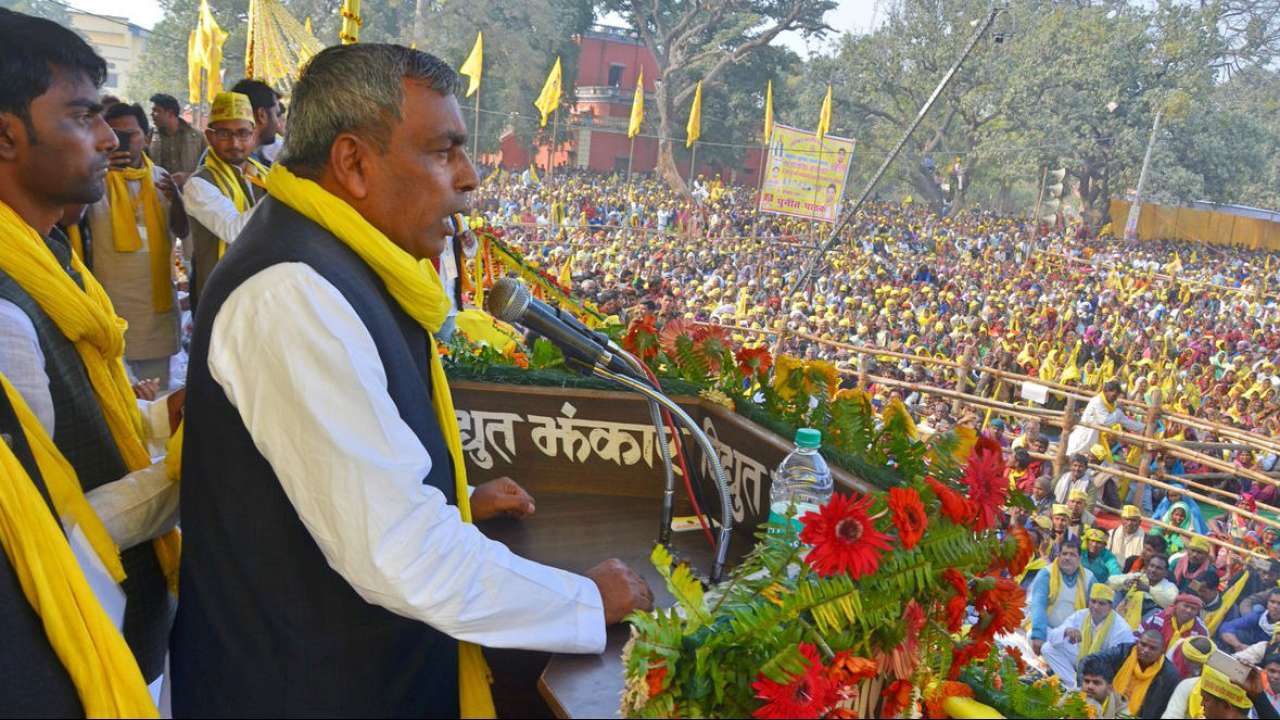 Lucknow, May 14: In a fresh rebellion, dissident Cabinet minister in Uttar Pradesh‘s Yogi Adityanath government Om Prakash Rajbhar, on Monday announced support for Opposition candidates in the seventh and the final phase of voting for the Lok Sabha elections.

Suheldev Bhartiya Samaj Party (SBSP) President Rajbhar, who claims to have walked out of the Adityanath government miffed over denial of expected numbers of tickets, has already fielded 39 candidates for seats in the fourth, fifth, sixth and seventh phases.

Again playing spoiler to the BJP’s plans, Rajbhar, who has considerable clout in eastern Uttar Pradesh, has declared support for the Congress candidate in Mirzapur and SP–BSP-RLD alliance candidates in Maharajganj and Bansgaon.

SBSP General Secretary Arun Rajbhar told reporters that the decision had been taken following the rejection of nomination papers of his party candidates on these seats.

He said the decision was taken on the advice of party workers, who would campaign to defeat the BJP on these seats.

Things haven’t been smooth between the BJP and the SBSP for the past one year following Rajbhar’s demand for sub-categorisation of the Other Backward Classes’ quota.

Om Prakash Rajbhar was the minister of backward class welfare, disabled people development in Uttar Pradesh. He had on May 7 announced to quit BJP-led alliance in the state.

13 Lok Sabha seats of Uttar Pradesh will poll during the last phase of elections on May 19.