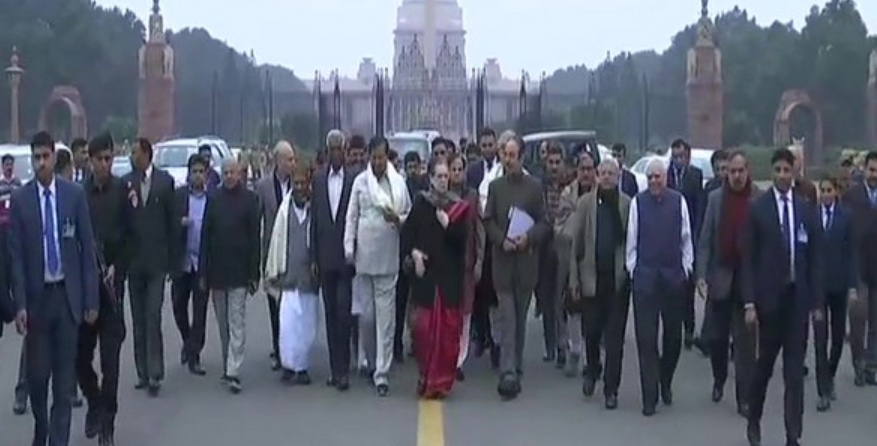 In a surprising turn of events, opposition leaders met President Ram Nath Kovind to request him to advise the Central government to immediately scrap the Citizenship Amendment Act. The gathering of leaders also urged him to appoint a commission of inquiry to bring the culprits of violent incidents of Jamia Milia Islamia University to justice.

According to the reports, there were leaders from a total of 13 parties. Prominent leaders included Congress chief Sonia Gandhi and others. The leaders also accused the police of entering Jamia Millia Islamia University without authorization and assaulting students on the campus. The leaders also submitted a memorandum that read: “The fact that the government has not paid heed to the advice of experts consulted between 2016 and 2019 is proof of the intent of the government to further a divisive agenda which will tear apart the inclusive character of our Republic.”

Previously, the Aam Aadmi Party has even demanded a judicial inquiry into the violent incident. Samajwadi Party leader Ram Gopal Yadav told that the act has created fear among the people. He had earlier also asked for the emergency session of the parliament over the matter. National Conference leader Hasnain Masoodi said that the Citizenship Act and NRC (National Register of Citizen) is being used to create fear among the people.

Congress senior leader Ghulam Nabi Azad termed the Citizenship Act as “divisive” and also blamed the government for ignoring people. As quoted by ANI, he said, “The government was working hastily. We have advised them that the bill is divisive. They did not care about the people and the country. Protests have erupted across the country. This is a repeat of Kashmir. The entire country has become a police government.”

Speaking on the matter, Trinamool Congress MP Derek O’Brien said, “We have asked the President to advise the government to withdraw the diabolical and divisive act. This Act will only affect the poorest of the poor, no rich will be affected.”