TRS leader, Gottimukkala Padmarao resigned from the party today over over mistreatment of party leaders in seat selection, ideology deviation and harassment against dissenters.  He has sent his resignation letter to the party supremo K Chandrasekhar Rao (KCR) in which he stated that he was fed up with the injustice being done to the leaders in the party.

Padma Rao wrote in his letter, “The party was like a home. I patiently endured, even though many people were subjected to injustice in the party. I looked forward to expecting a change in the situation. But there was no change. While there has been no change in you, the party is heading in a wrong direction.”

He further said, “People are disillusioned with the various schemes launched by K Chandrasekhar Rao but they do not realise that these schemes have pushed the state into financial crisis. It will take the public time to understand this fact, so until they realise they will keep supporting the TRS.”

He said, “The party knows this, which is why they went for early elections. KCR’s wife wants her son, KT Rama Rao to become the CM of the state and KCR to become the deputy PM of India. I know this because I am related to the KCR family.”

In the 2014 state elections, Padma Rao contested from the Kukatpally Assembly constituency and lost to Madhavaram Krishnarao, who was then with the Telugu Desam Party (TDP). Krishnarao later joined the TRS. And when it came to candidate selection this time, Krishnarao was picked over Padma Rao. 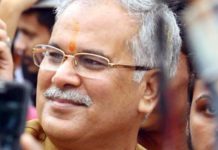 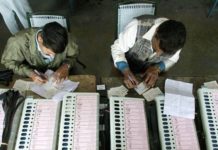