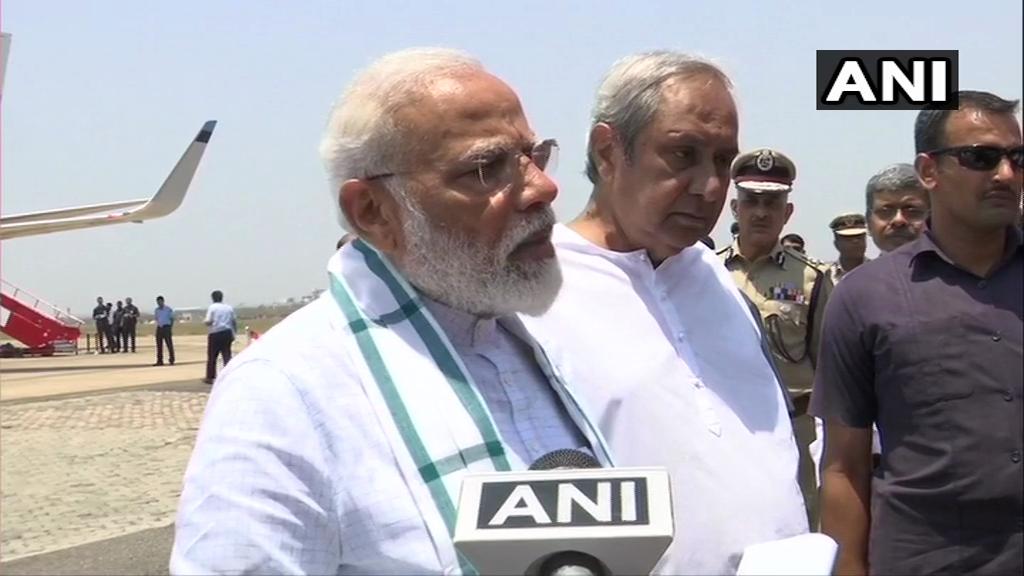 Bhubaneswar, May 6 (IANS) Prime Minister Narendra Modi on Monday announced an additional Rs 1,000 crore assistance for Odisha which has been ravaged by cyclone Fani.

Modi reviewed the relief and restoration measures being undertaken by government officials in the cyclone-affected areas.

The Prime Minister also announced to provide Rs 2 lakh ex-gratia each for the kin of dead in the natural disaster and Rs 50,000 for the injured.

At least 34 people, including 21 from Puri district, have so far lost their lives on account of the cyclone. Fani hit the coastal state on Friday causing havoc in several parts of the state.

He said that a central team will visit the state and assess the loss.

The Prime Minister also assured the state government that all cooperation will be given to deal with the situation.

“There was perfect coordination between the Centre and state governments in the past 7-8 days. Communication was very good between the state and Central governments. I was monitoring the situation,” said Modi.

He said the way the people of Odisha complied with every instruction of the government was praiseworthy and it resulted in minimizing casualties.

He said more than one crore people in about 14,000 villages of 11 districts were affected.

The Prime Minister said the authorities were giving priority for restoration of electricity and water supplies and to provide health facilities.

“We will work together on man, machinery and money requirements to deal with the situation.”

After arriving here at the Biju Patnaik International Airport, the Prime Minister conducted an aerial survey to assess the loss and destruction caused by the cyclone.

The Prime Minister undertook an aerial survey over Puri, Khurdha and other affected districts.

PM Modi while speaking to media lauded Odisha Chief Minister Naveen Patnaik and said ‘Communication was very good between state and Central Govt. I was also monitoring. The way people of Odisha complied with every instruction of Govt is praiseworthy.’

Around 1.08 crore people in 14,835 villages spread across at least 11 districts have been affected by the cyclone. Over 13.41 lakh people had been evacuated ahead of the severe cyclonic storm on May 3.

Thousands of trees and electric poles have been uprooted in the coastal districts. Puri, where the cyclone made landfall, and parts of Khurdha are most affected by the severe cyclonic storm.