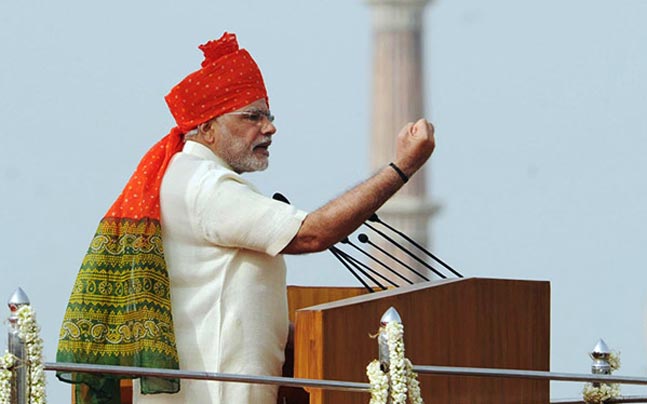 Addressing the nation in first Independence Day speech of his second tenure, Prime Minister Narendra Modi fulfilled India’s long-lived dream of getting a Chief of Defence Staff post. The Prime Minister addressed the nation from Red Fort on the occasion of 15th August.

Chief of Defence Staff (CDS) post was first recommended by Lt Gen D.B. Shekatkar committee. It was an 11 member committee that was set up after Kargil war for suggesting measures to enhance the armed forces’ combat capability. The committee also looked into the issue of defense expenditure.

Prime Minister’s announcement has given the country one of its biggest military reform. Lt Gen D.B. Shekatkar committee had suggested that the post of Chief of Defence Staff should be headed by a four-star Chief.

Experts from the military have also hailed this decision. Lt. Gen AB Shivane (retd), former Director-General Mechanised Forces, welcomed the decision of Modi government. He said that the post will lead to tri-service synergy if implemented successfully.

In his address, Modi also lauded the scrapping of Article 370. He said that with the repeal of Jammu and Kashmir’ special status, the nation has finally achieved the dream of “One nation, One Constitution”. In his address, he mentioned the passing of Triple Talaq Bill. The Prime Minister also slammed the nations which harbor terrorism and urged all the neighbouring nations to come together for curbing the rise of terrorism.