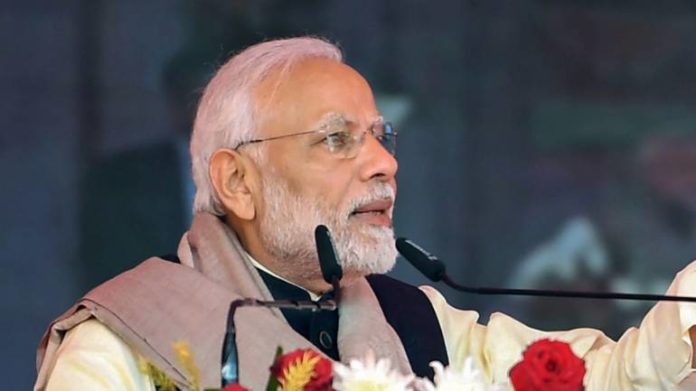 Prime Minister Narendra Modi on his day-long visit to Odisha laid the foundation stone for several developmental projects worth Rs 14,523 crore under the Centre’s ‘Purvodaya’ vision.

He today inaugurated IIT Bhubaneswar’s new campus and also laid the foundation stone of Indian Institute of Science and Education Research campus (IISER) in Berhampur. The project is estimated to cost Rs 1,583 crore.

Modi also inaugurated the 1817 Paika Bidroha commemorative postal stamp and coin in Bhubaneshwar. The Paika Rebellion was an armed uprising against the British East India Company’s rule in Odisha in 1817. Odisha Chief Minister Naveen Patnaik was also present in the event.

The 100-bedded super specialty ESIC hospital was also inaugurated by the PM in Bhubaneshwar. The hospital has been built at a cost of Rs 73.5 crores.

Two gas pipeline projects aimed at facilitating the sufficient supply of oil and gas in and around the state were also inaugurated by Modi. One pipeline is from Paradip to Hyderabad worth Rs 3,800 crore and another pipeline from Angul to Bokaro in Jharkhand worth        Rs 3,437 crore under the Urja Ganja Yojana.

He also laid the foundation stone of an archaeological museum at Lalitgiri. The museum is one of the earliest Buddhist settlements in Odisha situated 120 km north of Bhubaneshwar.

The Prime Minister also addressed a public meeting in Bhubaneswar.