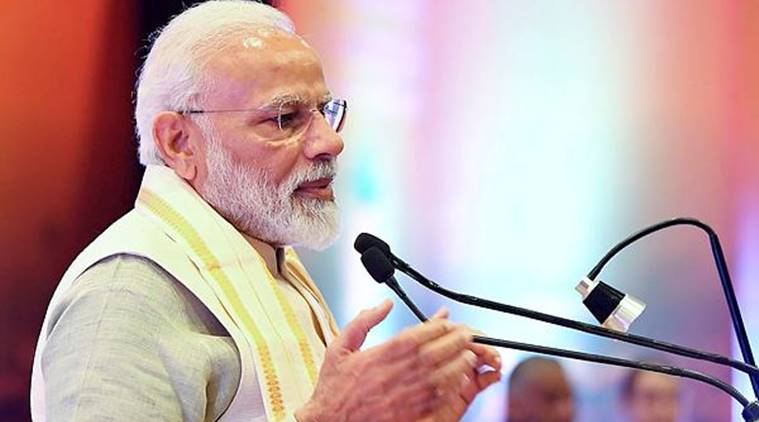 Prime Minister Narendra Modi on Friday praised Indian Air Force Wing Commander Abhinandan Varthaman saying every Indian is proud of him and lashed out at political rivals for suspecting the armed forces which, he said, helped Pakistan. PM Modi while speaking in a Public Rally at Kanyakumari, Tamil Nadu said, ‘Every Indian is proud that the brave Wing Commander #Abhinanadan is from Tamil Nadu’.

PM Narendra Modi in Kanyakumari,Tamil Nadu: Every Indian is proud that the brave Wing Commander #Abhinanadan is from Tamil Nadu pic.twitter.com/xUkmAhV5MO

PM Narendra Modi also hit out at the previous Congress-led United Progressive Alliance government for allegedly “blocking,” surgical strikes post 26/11 Mumbai attacks in 2008. He said reportedly, ’26/11 happened, India expected action against terrorists but nothing happened. When Uri and Pulwama happened, you saw what our brave soldiers did. I salute those who are serving the nation’.

PM Narendra Modi at a rally in Kanyakumari: 26/11 happened, India expected action against terrorists but nothing happened. When Uri and Pulwama happened, you saw what our brave soldiers did. I salute those who are serving the nation. pic.twitter.com/qgRBevK9W1

PM Modi who has also launched several Development Project said that he is proud India’s first woman Defence Minister Nirmala Sitharaman is from Tamil Nadu. However, he said, it was sad that a few political parties “suspect our fight against terror.”

The events of the past few days have demonstrated yet again the strength of our armed forces. It has also brought our nation closer. The way the nation has supported our armed forces is extraordinary and I bow to every Indian for that,” he added.

The Country is facing the menace of Terrorism for years ‘but there’ is a big difference now. India will no longer be helpless in the face of terror,” Modi said.

Wing Commander Abhinandan Varthaman had on Wednesday morning ejected from his aircraft on PoK side after the MIG 21 shot down following Air Combat with Pakistan Air Force. He was later taken into custody by Pakistan Armed Forces. In videos circulated by Pakistani social accounts, the pilot is blindfolded and wounded. He calmly gives his name, service number and religion and says: “That is all I am supposed to tell you.”

The videos were taken off as Pakistan was accused of violating the Geneva Convention.

India called it “Pakistan’s vulgar display of injured personnel of the Indian Air Force in violation of all norms Geneva Convention 1959.

Later, Pakistan Prime Minister Imran Khan announced in Parliament on Thursday that IAF Wing Commander Abhinandan Varthaman would be released on Friday as a “peace gesture”.

Earlier in the day, BJP President Amit Shah while speaking in a TV Conclave claimed that Abhinandan returns to India as a diplomatic victory of the nation. Shah reportedly said, ‘Creating a situation for a return of pilot Abhinandan in such a short span of time is our diplomatic victory’.