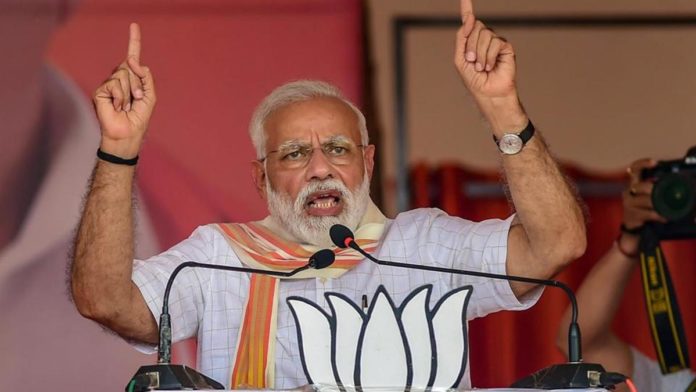 Prime Minister Narendra Modi on Saturday while addressing a rally in West Bengal’s Buniadpur launched a scathing attack on Chief Minister Mamata Banerjee for not doing anything for the poor of the state. Addressing a rally, PM Modi said despite having her government in the state for many years, she has done concrete to improve the conditions of the poor.

He further lashed out at her for raising questions and doubts on Balakot Air Strikes following the Pulwama Terror Attack. Lashing out at her for Saradha Chit Fund Scam, PM Modi said, ‘when our soldiers entered Pakistan and destroyed terror launch pads, the Chief Minister of State was among those who were seeking proof of the air strikes’.

Without directly referring to the stalling of BJP’s Rath Yatra, PM Modi said, ‘Bengal Chief Minister wants to impose the same Bengal model to all parts of the country, where a religious procession is not even allowed’.

Hailing his government and its aim of ‘Sabka Sath Sabha Vikas’, PM Modi said, unlike all opposition parties – TMC, Left and Congress who indulge in politics of discrimination, Bharatiya Janata Party is the only party that talks of all.

He further said that if BJP voted to power again at the Centre, he will throw out infiltrators from India. Concluding his speech PM Modi once again trained guns towards Mamata Banerjee and blamed that she has done nothing concrete to uplift the poor of the state.

‘In the polls, TMC will not get a ballot’, PM Modi said while calling Mamata Banerjee’s government as a Speedbreaker government.

5 Lok Sabha Seats of West Bengal including Cooch Behar, Raiganj among others have voted already voted in first two rounds of Polling.