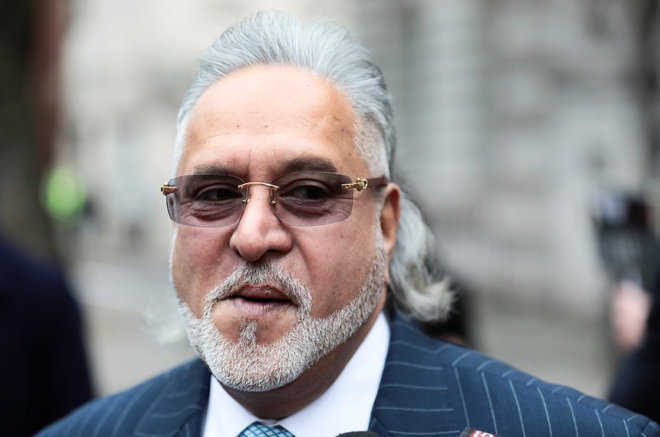 The special Prevention of Money Laundry Act (PMLA) court on Saturday declared Liquor Baron Vijay Mallya as a ‘fugitive economic offender’ under new anti-corruption law. Vijay Mallya with this become the first person to be named under this new law. The Special court also rejected Mallya’s application to stay the order to give him some time to appeal.

“A fugitive economic offender under the new anti-corruption law is a person against whom an arrest warrant has been issued for committing a scheduled offence and who has left India to avoid criminal prosecution, or being abroad, refuses to return to India to face criminal prosecution.”

With this, Mallaya’s property now can be confiscated by the investigation agencies.

Last month, the special PMLA Court has adjourned the order on the Enforcement Directorate’s plea seeking to declare business tycoon a ‘Fugitive Economic Offender’ who is facing charges of financial irregularities.

Counsel Amit Desai who appeared for the Mallya sought dismissal of the plea filed by ED and termed the new Act as “draconian” in nature.

Business Baron Vijay Mallya is also facing multiple of cases of Money laundering in the United Kingdom after India initiated extradition against him. Both the Investigation Agencies – ED and CBI had filed multiple cases against him accusing of a financial defaulter.

Earlier on December 10, London Westminister Court ordered the extradition of Vijay Mallya to India. Chief Magistrate Judge Emma Arbuthnot while pronouncing his extradition said that the court as prima facie has found a case against Vijay Mallya for fraud, conspiracy and money laundering.

November 22 last year, the UK High Court has issued an order to Mallya to pay back 88,000 pounds to UBS within the given time deadline. After which, Swiss Bank UBS called for the foreclosure of Indian businessman and fugitive Vijay Mallya’s luxurious London house after the United Kingdom (UK) High Court rejected further arguments presented by Mallya’s legal body during the today’s trial on this matter.

Minister of Finance Shivpratap Shukla on Friday in Lok Sabha informed that around 27 Businessman and Financial offenders have fled from the country in last 5 years. Out of 27, Interpol has issued a Red Corner Notice to 20 such offenders.

– With Inputs from agencies

BJP sets deadline for Shiv Sena, asks Uddhav Thackeray to clear stand on alliance by Jan 31
Congress drop hints of ‘Ekla Chalo’ policy in UP, after SP-BSP look to corner in coalition
Comment