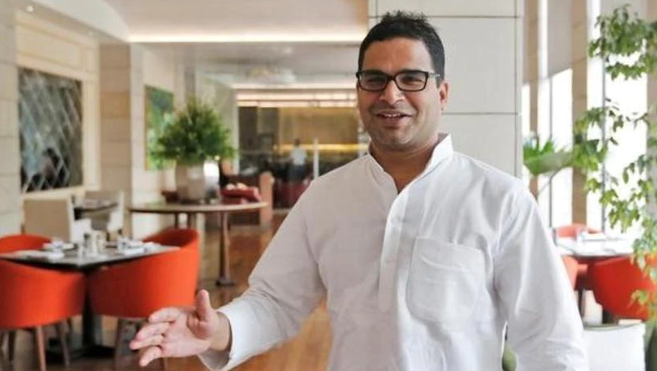 Speaking his mind on the issue of CAA, Poll strategist Prashant Kishor advised Congress leader Rahul Gandhi to tell the party to “officially” announce that the non-implementation of the Citizenship Amendment Act (CAA) and the National Register of Citizens (NRC) in Congress-ruling state.

Speaking further, he also thanked the Rahul Gandhi for joining the “citizens’ movement” against CAA and NRC. Rahul Gandhi was seen participating in the anti-CAA protest on at Rajghat. Rahul Gandhi participated in the ‘Satyagraha for Unity’ event organized by the Congress party at Rajghat in the national capital.

As quoted by ANI, he said, “Thanks Rahul Gandhi for joining citizens’ movement against the CAA and NRC. But as you know, beyond public protests, we also need states to say NO to NRC to stop it. We hope you will impress upon the CP (Congress Party) to OFFICIALLY announce that there will be No NRC in the Congress-ruled states.” He posted his message on Twitter.

Prashant Kishor is presently the vice president of BJP-ally JDU, but he is a strong critic of CAA since the start. Kishor said that if states come together then the execution of NRC can be stopped. He added, “I am sorry voting against CAB didn’t stop it, states saying NO to NRC will. So don’t get confused.”

Speaking his mind on the ongoing protests, he urged the people to carry on their protests against CAA and NRC peacefully across the nation. He also requested the protesters to ensure that the non-BJP chief ministers in the country refuse to carry out NRC in their jurisdiction.