Synopsis: CCI took the prima facie view that Google imposed unfair and discriminatory conditions on apps competing with Google Pay and refused market access, thus resulting in an abuse of the dominant position.

The Competition Commission of India (CCI) has ordered an inquiry by the Director General (DG) into allegations that Google, through its influence over the Play Store and Android Operating System, favours its Google Pay (GPay) payment system over other apps.

The CCI took the prima facie view, that Google’s behaviour amounts to the imposition of unequal and discriminatory conditions, the denial of market access for apps competing with Google Pay, and the leverage of its market position, resulting in an abuse of its dominant position under Section 4(2) of the Competition Act, 2002.

On the basis of information submitted by an anonymous informant, the order passed by Chairperson Ashok Kumar Gupta and members Sangeeta Verma and Bhagwant Singh Bishnoi was upheld.

The informant alleged that in the following related markets, Google had dominance:

a) The licensable mobile OS market for smart mobile devices;

b) Demand for Android OS app stores; and

c) Market for apps that facilitate payment through UPI.

The tech giant was argued to be exploiting its dominant position by,

Google initially questioned the locus of the informant, whose name was not disclosed. It referred to a recent decision of the National Company Law Appellate Tribunal (NCLAT) which stated that only a person who has suffered an invasion of his legal rights could file information under the Act. 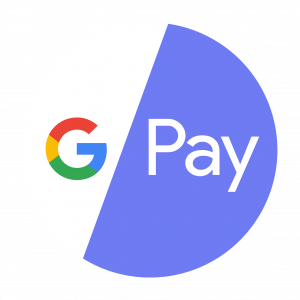 To address the informant’s claims, it went on to make the following submissions:

Dealing with the question of the privacy of the informant, the CCI held that it was not strictly appropriate for the informant to be an aggrieved party to put a complaint before the Commission. Neither the Act expressly defines any such condition, nor can it be read indirectly into the clauses that specifically point to the inquisitorial structure envisaged by Parliament. Moreover, it is because of the inquisitorial scheme of the Act that where necessary, the Commission defends its orders in higher forums, irrespective of the fact that it has placed such a case before it, which is not an ordinary feature of the adversarial proceedings.

The Commission took the prima facie view that the compulsory use of the payment system in the Google Play Store for paid applications and in-app purchases limits the options available for app developers to choose the payment processing system of their choice. This particularly given the fact that for all app purchases, Google charges a commission of 30% (15% in some cases). In addition, given that Play is the dominant source of Android OS downloading apps (90% of the downloads) and its condition that involves the use of the payment system of the application store for paid apps & in-app purchases, it appears that Google controls the significant amount of payments processed in this industry. The resulting market dominance enjoyed by Google evidently resulted in an allegedly high commission fee of 30% because of its grip on the Android system.

Other payment processing solutions charge considerably lower rates for processing payments, such as ‘allegedly’ high fees, as per the informant, that would increase the cost of Google’s competitors and thus could affect their competitiveness vis-à-vis Google’s own verticals.

The Commission also observed that it must be seen if Google will have access to data collected from its downstream competitors’ users, which would allow it to develop its own services.