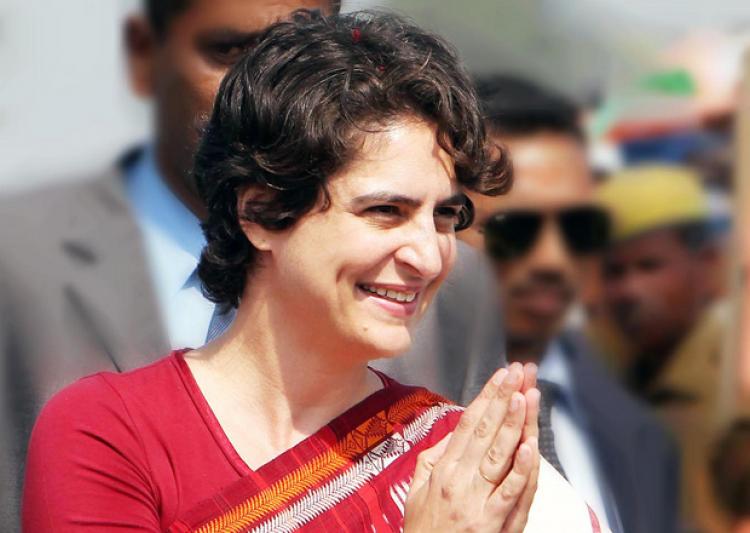 New Delhi, May 16 (IANS) Congress General Secretary Priyanka Gandhi Vadra on Thursday took a swipe at the BJP for distancing itself from the party’s Bhopal Lok Sabha candidate and Malegaon blast accused Sadhvi Pragya Thakur’s remark describing Mahatma Gandhi’s assassin Nathuram Godse as a “deshbhakt” (patriot), and dared the BJP to “have the guts” to spell out its stand.

“The killers of Bapu a patriot? Hey Ram! Distancing yourself from your candidate is not enough. Nationalistic luminaries of the BJP, have the guts to spell out your stand,” the Congress leader tweeted.

Her remarks came after the BJP distanced itself from the remarks of Thakur.

Earlier in the day, Thakur kicked up a major row by describing the Mahatma’s assassin Godse as a “deshbhakt” (patriot).

“Nathuram Godse was a ‘deshbhakt’, is a ‘deshbhakt’ and will remain a ‘deshbhakt’. People calling him a terrorist should instead look within. Such people will be given a befitting reply in these elections,” Thakur told reporters in Bhopal.

“The first terrorist post-Independence was Nathuram Godse, a Hindu. It started from there. He killed Mahatma Gandhi,” Haasan had said.