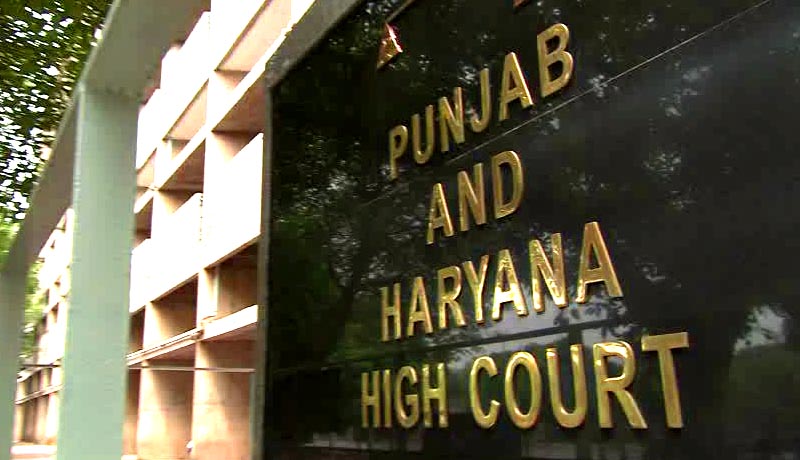 Synopsis: While denying an anticipatory bail plea filed by a YouTuber accused of making derogatory remarks against a retired Army Officer on his channel, the Punjab and Haryana High Court made certain observations.

Recently, the Punjab and Haryana High Court made important observations on the boundaries of permissible free speech while denying preliminary bail to a YouTuber accused of uploading defamatory material against a retired military officer in the rank of Indian Army Major on his channel ‘Saabka Sainik Sangharsh Committee’.
Though refusing the bail plea, Justice HS Madaan stated that even a common man’s reputation, dignity, honour and rank can not be taken lightly by such a manner. Although every Indian citizen has the right to express his views on the matter, but the freedom of speech does not mean that one can go to the extent of making wild and malicious allegations.

The YouTuber claimed in its video that the jawans of a specific unit were disciplined for failing to salute the complainant as the wife of the commanding officer of the unit.
The petitioner claimed that the remarks caused her acute mental distress and abuse, as the YouTuber used rude and malicious comments.
In addition, she alleged that through his doctoral hate speeches against the Indian Army Units, the YouTuber attempted to generate resentment and rupture. In his video, which was an act of serious breach of security affecting national interests, he also used official documents and videos of the activities of the Army Establishments.
The Additional Sessions Judge of Ambala, had previously denied the anticipatory bail of the YouTuber, saying that he had failed to prove any of the claims he made against the retired Major.
The Additional Sessions Judge had ruled the declarations of the YouTuber as maligning the reputation of the complainant, especially because she was a retired officer herself.
The YouTuber submitted in proceedings before the High Court that it had so far cooperated in the investigation. He added that other people even made many remarks in the video and that he should not be made to suffer for them. He averred, moreover, that his mobile phone had also been seized.
Nevertheless, the Court dismissed his plea, stating that anticipatory bail was a discretionary relief to safeguard innocent citizens from abuse. The Judge found in this case that there were ‘serious charges against the YouTuber.’
Since he had accessed videos and used military information that was limited and secret, the charges were all the more severe. The Court acknowledged that this had to be investigated from a national security viewpoint.
The bail plea was rejected, noting that the YouTuber’s custodial interrogation was appropriate to determine his reasons for posting the video.