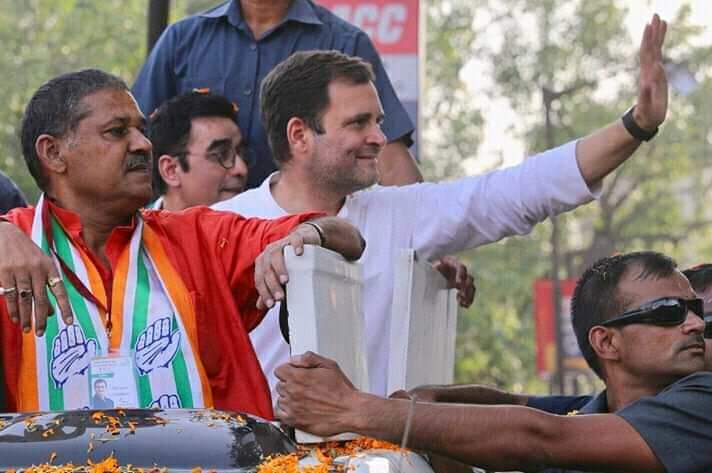 Congress who arrived in the city late as scheduled held a 1.5km stretch between Matkuriya check post to Bank More Birsa Munda Chowk. This was the first time a national president of any political party held a roadshow in Dhanbad.

He, however, could not address the public at Birsa Chowk as scheduled due to a shortage of time as he arrived late.

Azad was seeking ticket from the same parliamentary seat but Darbhanga seat went to Rashtriya Janata Dal (RJD) in a poll pact of Grand Alliance. Suspended BJP MP Kirti Azad had in February earlier this year joined Congress in Presence Of Rahul Gandhi. He is pitched against BJP sitting MP Pashupati Nath Singh. Singh had in 2014 won the seat by over a margin of 2.50 Lakh votes.

Counting of Votes and Results for the mega Battle of ballots will be announced on May 23 four days after the 7th phase of voting. Dhanbad Lok Sabha seat will go to polls on May 12.