Congress’s outreach program is being organized by a newly formed body called IOC (Indian Overseas Congress) and it has recently announced that Rahul Gandhi will be meeting students and intellectuals in a Europe trip to discuss ‘India’s role in the world’. The President of INC will be travelling to EU and United Kingdom to meet the people and discuss the progress of India. He is scheduled to visit Germany and United Kingdom on August 22nd and 25th.

During his trip, Gandhi will be meeting a large number of Non-Resident Indians, professionals, businessmen and others and address two major meetings of the Indian Overseas Congress. Sam Pitroda tweeted,

“Because of the high demand from NRI’s and political business, academia and intellectuals and media in EU and UK President of the @INCIndia Indian National Congress Mr. @RahulGandhi will be visiting Germany on Aug 22nd& 23rd and London on Aug 24th and 25th”

Gandhi will be speaking on the ‘economy, employment, demonetization, security, developments and overall performance of the government and future obstacles, opportunities, and challenges in India’. The Congress President will give a series of talks at large public events, meet political and business leaders and also interact with intellectuals, academicians, students and media.

The Congress party is seeing this tour as an opportunity to discuss India’s role in the world, and concern for democratic values, freedom of speech and its impact on economy, growth, business opportunities and national institutions.

Gandhi undertook his first foreign visit in September last year, where he addressed the Indian diaspora in the United States on a plethora of issues including the economy and employment opportunities.

He had also travelled to Bahrain in January and then to Singapore and Malaysia in March. He was also supposed to visit Japan in June, but the trip was later called off. 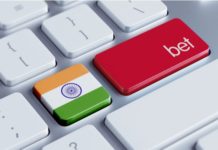