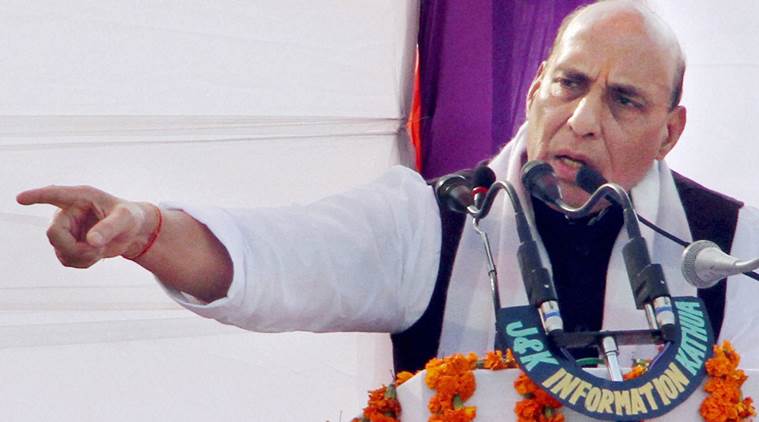 Union Home Minister Rajnath Singh on Tuesday inaugurated as many as 158 Development Projects in Lucknow on the occasion of the 94th Birth Anniversary of the Former Prime Minister Bharat Ratna Atal Bihar Vajpayee.

Member of Parliament from Lucknow, Singh also laid the foundation stone for 418 projects, making it a total of 576 projects worth ₹161 crores.

Addressing the BJP Workers, Union Home Minister said, this celebration is not new to this place (Lucknow) as Vajpayee jis Birthday has always been celebrated here. Vajpayee ji passed away this year but his birth anniversary will be celebrated always in his memory.

Atal Bihari Vajpayee had served as the Member of Parliament from Lucknow.

Rajnath Singh laid the foundation of multiple projects to work towards Vajpayee’s dream of development of Lucknow. He asserted that Lucknow is slowly and steadily moving towards acquiring the status and stature that the late Prime Minister had thought of.

“In Lucknow Parliamentary area, development works of several crores have been started last two and a half year”, Singh said. He further highlighted that the UP Government is working on Gomti Nagar, Charbagh and Alam Bagh railway stations.

Rajnath Singh also announced that foundation stone of two more flyovers will be laid by February 2019.  Hailing the 104 km long, 8 lane road stretching across Lucknow,
Singh said that this will not only create a solution for the traffic problems in the city but will also increase the property rates in the capital.