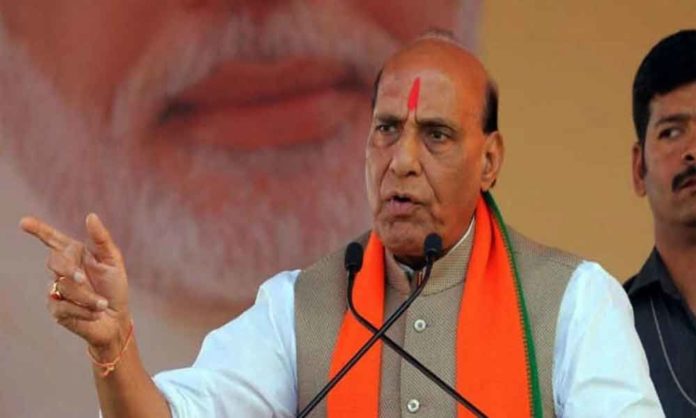 Addressing the gathering in Kullu, Himachal Pradesh Rajnath Singh said that the sedition law will be strengthened so that even the soul of the anti-National would shiver.

In his address, he said that “Congress is saying that it will repeal the sedition law. BJP will make it more stringent so that no one there to act against it.”

Talking about the economy of the country, Rajnath Singh said that the Lok Sabha elections for 2004 and 2019 did not have inflation as a poll issue. The management of the two, Prime Ministers Atal Bihari Vajpayee and Prime Minister Narendra Modi, both forming the BJP government did not let the prices go out of the hands and out of the reach of the common people.

The country has witness polling for 17th Lok Sabha in seven phases beginning from April 11 till May 12. All Lok Sabha seats in Himachal Pradesh will go to polls in the seventh has the last phase of the Lok Sabha elections on May 19. The results will be announced on May 23.