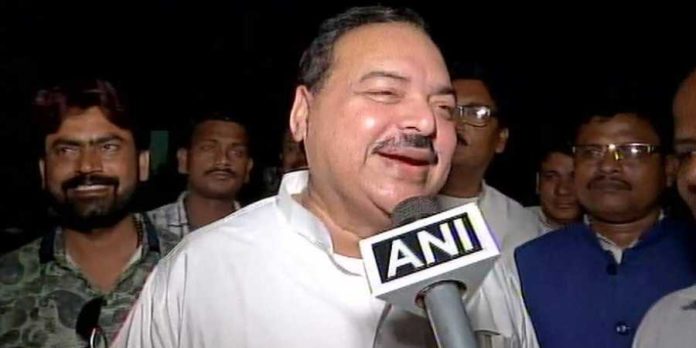 Giving a jolt to Rashtriya Janata Dal (RJD) amidst the ongoing National Elections 2019, its former MP and Union Minister Ali Ashraf Fatmi quit from the all the post and primary membership after he was denied ticket from the parliamentary seat of Madhubani in Bihar.

“After serving the party for 30 years continuously, I resign from the primary
membership of the @RJD,” the former Member of Parliament (MP) Fatmi tweeted. The Former Union Minister is expected to contest from the Madhubani Lok Sabha Seat as an Independent.

He further said that RJD has suspended him for 6 years after I showed my willingness to contest national elections from Madhubani. As quoted by PTI, Fatmi said, ‘Tejashwi Yadav spoke to me on Tuesday and informed that I am suspended from the party for six years’.

Fatmi was upset with the party for ignoring him in a run-up to the national elections. He had in 2014 General Elections unsuccessfully against the then BJP Candidate Kirti Azad on Darbhanga Lok Sabha Seat.

Fatmi’s son Faraz is currently an MLA from RJD in Madhubani District of the state.

Earlier on March 27, Fatmi had expressed displeasure over the speculations about him not getting a ticket for the polls 2019.

It should be noted that Congress leader Shakeel Ahmad on Monday resigned from the post of Senior Spokesperson of All India Congress Committee.

“As I have decided to file my nomination papers tomorrow from Madhubani Parliamentary Constituency in Bihar, I’m resigning from the post of Senior Spokesperson of AICC. I’m sending my resignation to Congress President Rahul Gandhi “, he tweeted on Monday.

Shakeel Ahmad had decided to contest as an Independent candidate from Madhubani Lok Sabha Seat after his traditional seat of Madhubani went to UPA ally Vikassheel Insaan party under a poll pact of Mahagathbandhan.

Madhubani seat is currently held by BJP’s Hukumdeo Narayan Yadav. Mahagathabandhan in a run-up to the mega polls 2019 has allotted Madhubani Seat to VIP while BJP has named Hukumdeo Narayan’s son Ashok Yadav from the seat for the Lok Sabha Polls 2019.