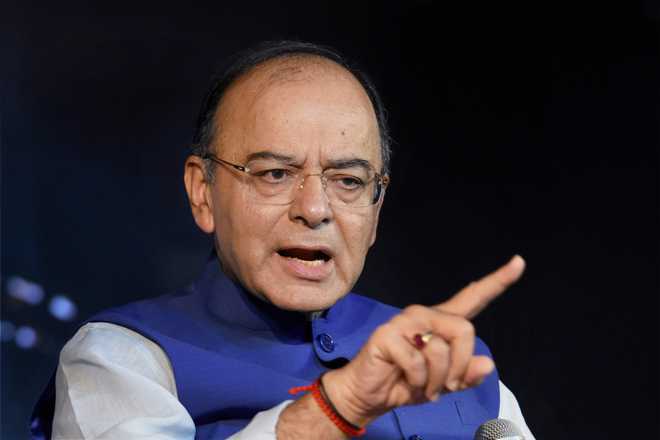 The Supreme Court on Friday dismissed a petition which was raising allegations against Finance Minister Arun Jaitley relating to the capital reserve of the Reserve Bank of India (RBI).

The court also imposed a fine of Rs. 50,000 on the lawyer ML Sharma who had filed the petition. SC also declared that the registry will not accept any petitions from unless he pays the fine.

CJI said, “You want us to restrain the finance minister… You have done some good work. Why are you destroying your credibility?”

The bench said, “What is this PIL? You cannot go on with such misadventure. What exactly is this? You are saying the finance minister is plundering the capital reserve of the RBI. You are not bringing honour to this institution. Why do we permit you to go ahead with this PIL?”

ML Sharma seeked action against Jaitley and alleged that he wanted to “plunder” the capital reserve of RBI to waive off loan to certain companies.

The Attorney General KK Venugopal said that the time has come to take a look at petitions “wasting” the court’s time.

CJI Gogoi warned him not to continue with the submissions, saying the cost will be imposed if he was unable to satisfy the court.

SC was irked that Sharma made the finance minister the main party in the petitioner.