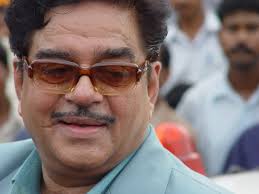 NEW DELHI: After the Congress recently got in trouble, again, for using the ‘chaiwala’ barb against Narendra Modi, his own party colleague Shatrughan Sinha yesterday used the sobriquet to criticise the Prime Minister’s “competence”.

“If ‘vakeel babu’ (Mr. Lawyer) can speak on finance, if a TV actress can become the country’s HRD minister and if a chaiwala can become… I won’t even complete that sentence… why can’t I speak about the economy,” said Sinha in an address at a book launch event in the capital late yesterday.

Just earlier this week, the Congress was in a spot after its youth wing put out a meme to ridicule PM Modi’s beginnings as a tea-seller. That evoked strong criticism from the BJP,  they called the meme “blatantly classist and anti-poor”. Even the Congress distanced itself from the tweet saying a volunteer was responsible for it.

That doesn’t seem to have disturbed Sinha, who’s often referred to as ‘Shotgun Sinha’. And for a while now, Sinha has been critical of his own party.

He took on “rising intolerance”, “the ill-effects of demonetization” and the issue of his criticizing his own party.

He targeted the PM, Irani, and Jaitley while talking about demonetization.

“Demonetization has rendered millions jobless, factories have been shut, small traders, hawkers are out of work and GST is like ‘neem Chadha karela’ (bitter gourd is doubly bitter now). If I do not speak for the youth, for the poor and downtrodden, for the oppressed, then what am I doing in politics?” asked Sinha.

Sinha also talked about the mob inching incidents in the country against a particular group and also questioned the government’s intolerance to criticism.

“What is happening in this country? Cow vigilantes are killing people, intellectuals, writers, journalists… and now even judges are being killed. ‘Aaj dhan shakti jan shakti par bhari hai’ (Today, money power is stronger than people’s power). And then if people like me come forward, we have attributed motives, we are questioned,” he said.

Sinha said that it is wrong that he is annoyed because he wasn’t made a Cabinet minister which inspired him to speak against his own party.

“Some people say I speak against my own government’s policies because I was not made a minister. To be honest I neither have any desire nor any expectations to become a minister. Even those who are ministers today have no standing of their own. They are busy flattering the master to save their skins and seats,” said Sinha

Sinha also targeted Modi as he bared his ‘dil ki baat’ at an event, saying: “Somebody else has patented ‘mann ki baat’. The atmosphere nowadays is such in the country that either you support a person or be ready to be called anti-national”.

Mocking the Modi government’s ministers, he said, “Nobody knows 90 percent of them. They won’t be recognized in a crowd… They are a bunch of sycophants. They are not there to create anything but are just trying to survive.”

He once again took a swipe at those criticizing him for speaking on economic decisions of the government like demonetization and the GST.

“Intellectuals are being killed and now even judges are being killed,” he alleged, claiming that these issues were not getting adequate attention in the media as ‘dhantantra’ (money power) was getting the better of ‘jantantra’ (people’s power) Sinha said.