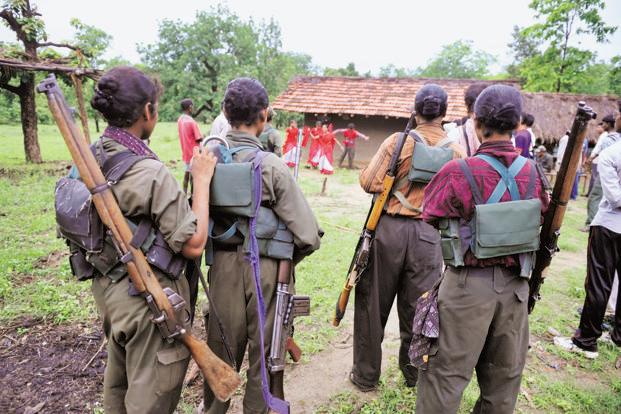 Ranchi, June 17 (IANS) Six Maoists, including two women commanders each carrying a bounty of Rs 5 lakh, surrendered before the police in Jharkhand’s Dumka district on Monday.

According to the police statement, all six Maoists laid down their arms before Dumka Range Deputy Inspector General.

The dreaded Maoists women chiefs have been identified as ‘PC Di’ alias Pirisila, alias Sawarui Devi and Kirandi. Both surrendered with AK 47 and one carbine guns.

The Jharkhand government has announced reward for the capture of 180 Maoists active in the state. In the last four years more than 80 Maoists have surrendered in the state.