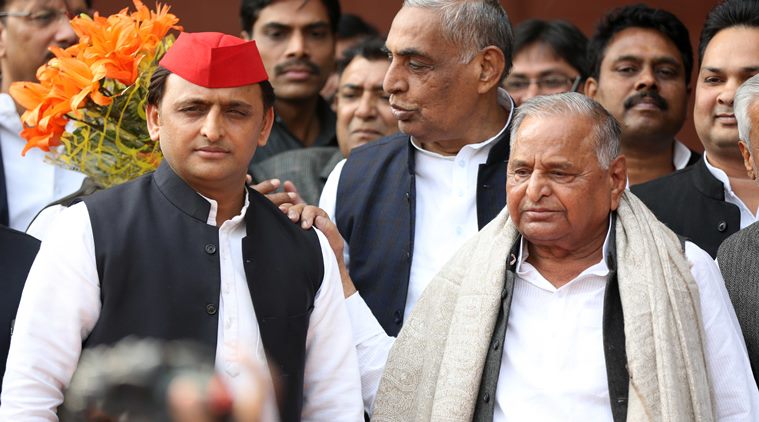 Samajwadi Party who has stitched an alliance with BSP, on Friday announced its first list of 6 Lok Sabha Candidates for the upcoming General Elections which are now just weeks away. As per the statement released by the party, Samajwadi party founder Mulayam Singh Yadav will contest from Mainpuri parliamentary seat. Apart from him, Party has announced names of five other candidates in its first ‘such list’.

“Netaji [Mulayam Singh Yadav] will contest the Lok Sabha election from Mainpuri while I will from Kannauj,” Akhilesh said in Saifai last week.

Kannauj has the distinction of electing socialist ideologue Ram Manohar Lohia in 1967 and Mulayam Singh Yadav in 1999 Lok Sabha polls.

Samajwadi Party’s announcement came hours after Congress announced its 11 candidates for Uttar Pradesh and 4 for Gujarat in its first list of Candidates.

Both Samajwadi Party and Bahujan Samaj Party had on February 21 finalized the seat sharing arrangement for Lok Sabha Polls 2019 in Uttar Pradesh. While Bahujan Samaj Party (BSP) will fight on 38 seats, Akhilesh’s Samajwadi Party is set to contest on 37 seats in the crucial polls. The SP-BSP Alliance will not field its candidates from Congress Bastions – Amethi and Rae Bareli. RLD gets 3 Lok Sabha seat in the alliance,Ajit Singh led part will field its candidate of Mathura, Muzaffarnagar and Baghpat.