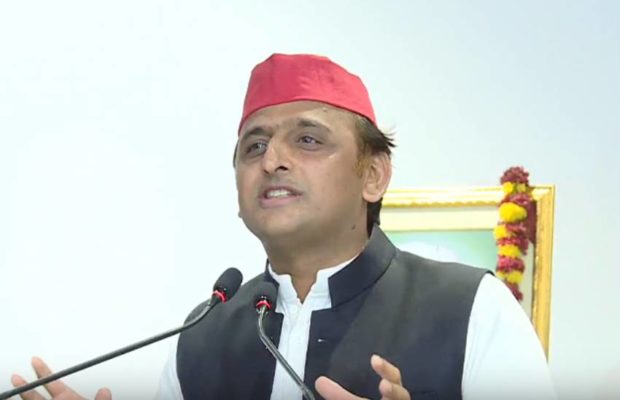 Samajwadi Party Chief Akhilesh Yadav who had joined hands with BSP in a run-up the general elections on Wednesday announced to hold joint rallies across the state to take on BJP. SP Chief who had met BSP Supremo Mayawati on Wednesday said we have finalized a strategy for the upcoming Lok Sabha Polls.

‘Both the parties will hold joint rallies and Public meetings in the state’, added Former Chief Minister said while responding to questions. Asserting the Confidence for the Lok Sabha Polls, Yadav said the alliance will reach to the people of the state and will defeat the Bhartiya Janta Party.

He talking to press trained guns towards Bhartiya Janta Party and Chief Minister Yogi Adityanath. Yadav said what about the promises CM made to the people of the State that voted you to power.

Samajwadi Party who has been in an alliance with BSP has got 37 seats while BSP gets a seat more and will field on 38 seats. The SP-BSP Alliance will not field its candidates from Congress Bastions – Amethi and Rae Bareli. RLD gets 3 Lok Sabha seat in the alliance, Ajit Singh led part will field its candidate of Mathura, Muzaffarnagar and Baghpat.

Samajwadi Party has already released its three lists of total 11 candidates. In the first list of Candidates, the party fielded its founder Mulayam Singh Yadav from Mainpuri parliamentary seat. While, the Party has fielded Dimple Yadav, the wife of SP Chief Akhilesh Yadav from Kannauj Lok Sabha Seat.

Uttar Pradesh which has a total of 80 seats will go to polls in all seven phases starting from April 11.

In 2014 General Elections, BJP banking on heavy Modi wave bagged 73 seats, while Congress to save its two bastions – Amethi and Rae Bareli. Samajwadi Party only secured 5 seats with its Founder Mulayam Singh contesting from two seats. Mayawati led BSP could not open its account.