The Indian Wire » News » Super Dictatorship will be defeated in 2019 polls : Mamata Banerjee 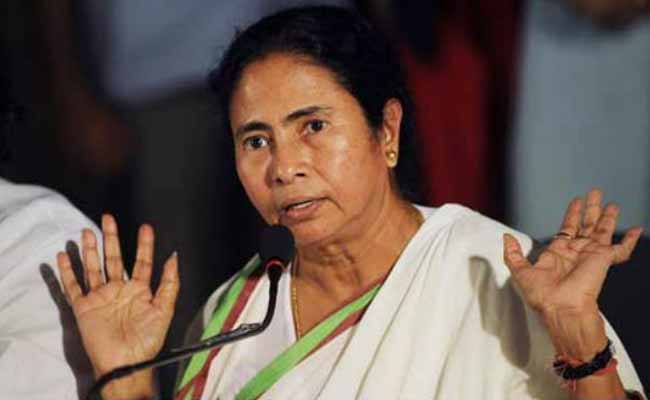 Mamata Banerjee slammed Centre government by saying that it has hampered with the country's economy by implementing demonetization and GST.

Bengal Chief Minister, Mamata Banerjee slammed BJP led NDA government by saying that it has hampered with the country’s economy and has disturbed the industries by implementing demonetization and GST. Many industrialists have left the nation after the implementation of demonetization and GST. She has accused the Centre of hiding the fact that how much money has been deposited in the banks after demonetization.

She has made an announcement that all the opposition parties have come on a platform and there will be a change in the country after 2019 polls. She takes a pride in being the first target of attack by the Centre as she said that she is a hero, not a zero. Mamata said, “What I can sustain, others cannot. I can digest because I am from the grassroots and I am a fighter and I will fight the battle throughout my life”.

After Amit Shah held a meeting with Union Ministers, Mamata Banerjee raised a question that who is the Prime Minister? Narendra Modi or Amit Shah?. She praised the former PM Atal Bihari Vajpayee who was also from BJP. She said that he was impartial and they never faced any problems while working under him.

According to her Centre government is threatening everybody. Whosoever speaks against them, they send agencies like ED, CBI or IT to their homes. When she was asked to comment on Chief Minister Nitish Kumar quitting the Grand Alliance with RJD and Congress in Bihar, Mamata said: “People are thinking about one Nitish Kumar but I am thinking about 100 Sharad Yadavs, 100 Lalu Prasads, 100 Akhilesh Yadavs.”

She has also alleged that education has been saffronized in the country after BJP gave a suggestion on how to celebrate independence day in schools. She said that “it was Bengal which was at the forefront of the freedom movement and “Now it has to learn how to celebrate Independence Day?”. She said that Centre is no one to tell her what to wear, what to eat or which religion to follow. Super dictatorship needs to come to an end.