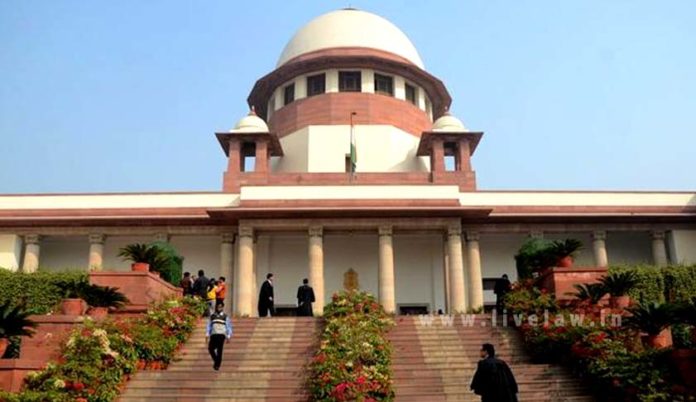 The apex court hearing the Ravidas temple demolition case on Monday slashed any attempt to politicize its orders. It said that nobody should give any political angle to its orders. A bench led by Justice Arun Mishra stated the case.

From the side of Court, Attorney General KK Venugopal was called to assist and lead the argument. He informed that after the demolition, Punjab and Delhi have been witnessing protests in the region. Due to this only, Punjab was put on high alert since August 13. Demonstrators from Ravidasia community came out on streets for protesting against the demolition of Ravidas Temple. A complete shutdown was also observed by Dalit groups in Punjab last Tuesday.

Members of the community also announced to observe Black Day on August 15 as a mark of protest. Punjab Chief Minister Captain Amarinder Singh had urged Prime Minister’s intervention for resolving the matter. Many other parties came out in support of the Ravidasia community.

SAD (Shiromani Akali Dal) party had also condemned the Delhi government’s decision. It also said that the party will pursue a legal case on its own expenses. Congress party also extended its support to the Ravidasia community and said that the demolition had hurt the sentiments of people. Randeep Surjewala also called on the central government, asking for the reconstruction of the temple.

Therefore, the Court instated the two states to look after the law and order situation. It also urged people to keep politics away from its orders.