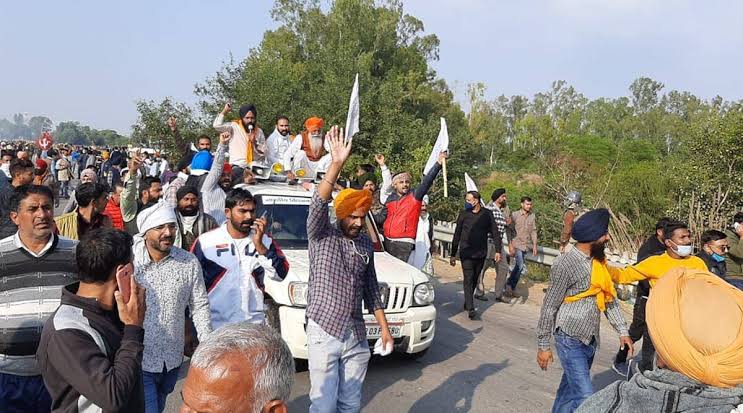 New Delhi: The Supreme Court of India on Tuesday said that it will form a committee to solve the issues regarding three controversial farm laws.

The Supreme Court stayed the implementation of three farm laws until further orders and said it has the power to suspend the law.

A three-judge bench headed by SA Bobde, Chief Justice of India said, “We are willing to suspend the laws but not indefinitely without any activity going on both sides,” quoted Hindustan Times.

One of the protesting farmers’ unions, Bhartiya Kisan Union (Bhanu), informed the top court that women, elder, and children will not be part of the protests.

Earlier on Monday, the apex court said that it is “extremely disappointed” with the negotiations between the union government and the farm union leaders. The court also indicated that the three contentious laws will have to be put on hold for creating an atmosphere conducive to talks.

The bench had likewise asked the Centre if it was willing to stop the implementation of the laws, saying it will do it in any case. Attorney General KK Venugopal was asked to come back with a response.

Senior advocate Dushyant Dave, representing the farmers’ unions, was likewise approached to counsel the farmers and illuminate the court if they were happy to join the consultations before a panel, which the court proposed to establish for settling the issues.

Eight rounds of talks have been held between the Center and the farm unions however have failed to end the stop as the government ruled out revoking the quarrelsome laws while the farm leaders said their ‘ghar wapsi will happen only after the law was’.

The SC had earlier sought the Centre’s response on a batch of pleas against the Farmers’ (Empowerment and Protection) Agreement on Price Assurance and Farm Services Act, the Farmers’ Produce Trade and Commerce (Promotion and Facilitation) Act, and the Essential Commodities (Amendment) Act.

A large number of agitating farmers, essentially from Punjab and Haryana, have been camping at the Delhi border since November 26.