According to a letter dated July 17, Prakash Tulsiani, president (operations) of AAHL, will take over as CEO of MIAL. According to the statement, the group has also decided to relocate AAHL’s headquarters from Mumbai to Ahmedabad. AAHL president (operations) Prakash Tulsiani will take over as CEO of Mumbai International Airport Limited, located in Mumbai and reporting to Jain, according to the company. B V J K Sharma, APSEZ’s director of ports, will succeed Jain as CEO of Navi Mumbai International Airport. Sharma served as joint MD and CEO of JSW Infrastructure Ltd for over 40 years and was crucial in the creation and operation of Mundra Port in its early years.

Zandi will take over as CEO of AAHL, a non-aero company. According to the communication, he was key in founding the Adani airports company and has successfully completed the COD (commercial operation date) of three airports. Dinaz Madhukar, AAHL’s CCSO, and Ramesh M, AAHL’s CCO, will report to Ben, according to the statement.

MIAL holds a 74% stake in the upcoming Navi Mumbai airport. In August of last year, Adani Group announced that it will purchase GVK Group’s stake in Mumbai Airport.

As part of the reorganisation, Prabhat Mahapatra, MIAL’s head of operations, will take on the newly formed post of Head Operations Center of Excellence (COE), reporting to Jain. He will endeavour to enhance and expand AAHL’s aero operating capabilities across all airports, according to the statement.

BG Gandhi, chief operating officer of Krishnapatnam Port, will assume the role of chief airport officer in Adani Ahmedabad International Airport Limited in place of Subhash M, who has decided to pursue career options outside Adani Group, according to the communication.

According to the message, BG Gandhi, the chief operating officer of Krishnapatnam Port, will take over as chief airport officer at Adani Ahmedabad International Airport Limited in lieu of Subhash M, who has opted to explore career opportunities outside the Adani Group.

Adani Airport Holdings is currently India’s largest airport infrastructure firm, with eight airports in its management and development portfolio, accounting for 25% of airport footfalls, according to the company.

In February 2019, the government of India privatised six major airports: Lucknow, Ahmedabad, Jaipur, Mangaluru, Thiruvananthapuram, and Guwahati. The Adani company acquired the rights to operate all of them for 50 years after a competitive bidding process. 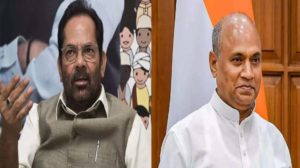 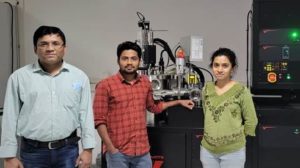