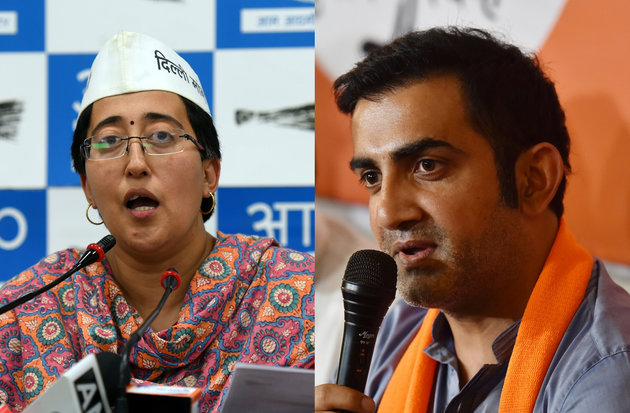 A Delhi Court, on Monday, reserved its order in connection with a complaint filed by AAP East Delhi Candidate Atishi against BJP nominee Gautam Gambhir over alleged possession of dual voter ID cards. Delhi’s Tiz Hazari court said that it will pass an order on May 13, a day after polling in the national capital.

Metropolitan Magistrate Viplav Dabas hearing the plea asked Atishi, “How you are affected by this? If he has committed any wrong, what’s your locus?”

AAP alleged that Gambhir possesses two voter ID Cards – one from Karol Bagh and one from Rajendra Nagar. Atishi had last week filed a criminal complaint in the trial court against cricketer & BJP candidate Gautam Gambhir on the issue.

Gautam Gambhir in a run-up to the national elections in pitched against AAP’s Atishi, while Congress has named Arvinder Singh Lovely for the East Delhi Lok Sabha Seat. BJP East Delhi Sitting MP Mahesh Giri has been replaced with Gambhir for the mega polls 2019.

General Elections 2019 has already begun and is being held in seven phases starting from April 11 to May 19. All Seven Parliamentary Seats of the national capital will vote on May 12, the sixth phase of polling.