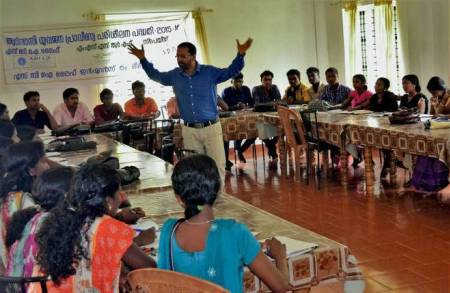 KSLM’s ‘ programmes succeed in achieving an increase in Tribal education, the programmes benefit thousands in Wayanad and Attapadi.

A total of 9,975 people who are Tribals have benefited because of the literacy drive in Kerala. The Kerala State Literacy Mission (KSLM) has conducted the drive in various villages across the state since 2017-2019.

“A total of 3,670 people have benefited through the programme implemented in Attappadi region. A total of 1,996 tribes-people have covered under the ‘Samagra programme’, launched in 100 educationally backward colonies across the state,” said Sreekala, director, Kerala state Literacy Mission (KSLM).

“For the programme, we have recruited 620 instructors from among tribals, speaking various indigenous languages… the literacy mission has plans to declare Attapadi a complete literate block by June next year, said authorities”.

“Of the total beneficiaries, 7,565 were women. As many as 4,309 tribal people were covered under the ‘Wayanad Literacy Equivalency programme’, implemented in the socially- and economically-backward hamlets of Wayanad,” said Sreekala.

Wayanad has the largest population of tribes in the in Kerala, i.e., almost 1,36,062 of the total population of the state, approximately 3,64,189. The KSLM was set up in 1998 as an autonomous institution under the Government of Kerala. After six years it bagged the total literacy title.