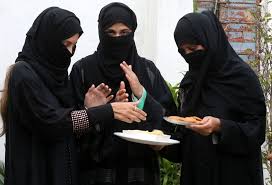 NEW DELHI: A bill that makes the instant “Triple Talaq” a criminal offense and proposes a three-year jail term for a Muslim man who divorces his wife by uttering the word “talaq” thrice, was introduced today in the Lok Sabha, which is expected to pass it this evening. It could, however, get stuck in the Rajya Sabha. Prime Minister Narendra Modi said at a meeting of BJP parliamentarians this morning that he hopes the bill will be passed in Parliament with the consensus of all parties.

Law Minister Ravi Shankar Prasad, who tabled the legislation, said it was a “historic day for India” and a “significant step towards women empowerment, women’s respect, and women’s rights.” The bill, the minister, said is about justice and respect for women and not about any religion or community.

Top comments on the issue

'This bill, if passed will be an injustice to Muslim women..
It will lead to abandonment of Muslim women', says AIMIM Party President Barrister Asaduddin Owaisi on #TeenTalaqBillBlockade pic.twitter.com/05enDAwrYk

* Biju Janata Dal MP Bhartruhari Mahtab: This bill is flawed, there are many internal contradictions in the Bill.

* Law Minister Ravi Shankar Prasad: This law is for women’s rights and justice and not regarding any prayer, ritual or religion.

* Salman Khurshid, Congress: I don’t think we can support it because they didn’t make us understand how this criminality of Triple Talaq will benefit women. If someone is lodged in prison as a punishment for saying Triple Talaq, who will take care of his family.

* Ananth Kumar after BJP Parliamentary meeting this morning: PM appealed for unanimous passage of the Bill as it aims to give gender justice, protection, and respect.

* Samajwadi Party: The bill will only make Hindu fanatics happy.

* Shazia Ilmi, Spokesperson, BJP, at Times Now: There is no question that it is a completely unjust practice. And marriage should not end with the pronouncement of Triple Talaq in one seating.

* Shaista Ambar, All India Muslim Women’s Personal Law Board: this is a historic day, victims have suffered for years and they have been rewarded for their patience. Request all MPs to help pass Triple Talaq Bill.

* Mohsin Raza, UP Minister: People who run the Muslim Personal Law Board by remote control are the ones opposing it in the Parliament.