Ukrainians Fight Against All Odds to Defend the Capital 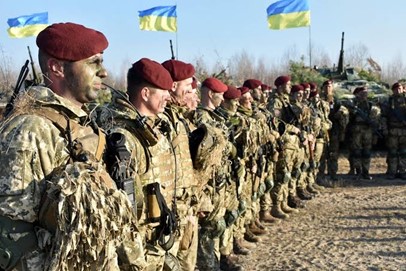 The bravery of the Ukrainian soldiers is highly breath-taking as they fight to hold on to the capital, Kyiv on the third day, despite Russia’s powerful military forces that shook the city to its foundation with explosives and gunfire. The Ukrainian President, Volodymyr Zelensky, despite being the main target in the invasion, remained recalcitrant and turned down a mouth-watering offer from the US. He also turned down an offer from the US being a prime target in the invasion, he turned down a US offer of evacuation, the Ukraine embassy in Britain said Saturday on Twitter.

“The fight is taking place in my house, all I need is ammunition to match this enemy squarely, not a ride,” Zelensky told the US embassy. “We, the citizens of Ukraine, will be defending our dear country because we stand on the truth, and the truth is that this land belongs to us, this is our country and we will defend everything and everyone,” he added.

But the aggressive Russian attacks are yet to be contained as they move to the streets of the country’s capital while the outnumbered Ukraine military continue to block the invading armed forces from all fronts while the civilian infrastructures bear the brunt. In the early hours of Saturday, a residential building was hit by a missile. Video footage from the scene showed a heavy impact on the floors of the building, with the unclear intention of the strike and casualties’ cases not reported. Some of the floors were blown out and the occupants evacuated immediately.

The resistance offered to the Russian army by the Ukrainian military forces has stimulated the civilians to join and defend their capital. According to Britain’s Defense Ministry, Russia is yet to gain control of Ukrainian airspace and has also faced staunch military resistance from Ukraine forces. But despite all these facts, the Russian army is about 19miles from the center of Kyiv with the warming of impending mass casualties.

Will there be room for a diplomatic meeting?

Efforts have been made towards initiating a diplomatic meeting to bring the bloodshed to a complete stop. Sergii Nykyforov, a separate spokesman for Zelensky made it clear that Ukraine has been and remains ready to talk about ceasefire and peace. On Friday, the Russian president has ordered a halt to his military invasion into Ukraine pending if there were able to get a round table negotiation. Subsequently, the attacks resumed after the Kyiv government allegedly refused to sit for negotiations. Nykyforov, spokesman to Zelensky denied this claim that they refused to negotiate. “the earlier the negotiations, the better things get back to normal,” he said.

With the recent development, the international community has sought ways to assist the Ukrainian government without actively deploying their military troops, a step that NATO and US have vowed not to take. Recently, the White House has announced a sum of $350 million in support of security and defense. This announcement was made shortly after a 40-minutes call between Biden and Zelensky in the earlier hours of Friday.