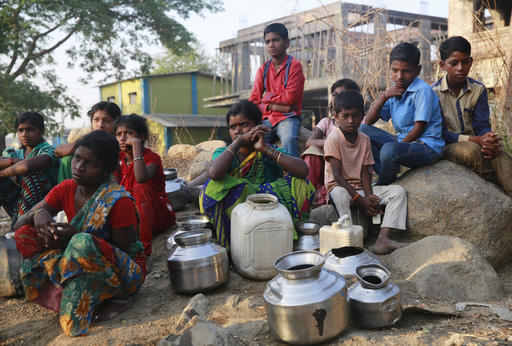 A United Nations report published on Saturday claimed that in the past 10 years – from the year 2006 to 2016 – India managed to lift around 271 million people out of poverty. This is one of the fastest reductions in the Multidimensional Poverty Index (MPI). The report further claimed that India saw strong improvements in areas such as “assets, cooking fuel, sanitation, and nutrition.”

United Nation in its study finds 10 countries, with a combined population of around 2 billion people. The study was done to understand the level of poverty reduction. The UN in its study finds that all of these 10 countries have shown notable progress and is steadily moving towards achieving Sustainable Development.

The Study Identified –  Democratic Republic of Congo, Ethiopia, Haiti, India, Nigeria, Pakistan, and Vietnam among 10 countries. The other countries include Bangladesh, Cambodia, and Peru.

The United Nation study stated these 10 countries shows significant data that suggest 270 million people have been lifted out of multidimensional poverty from one survey to the next.

The Study highlighted that that there were 640 million were living in MDI in 2005-2006. While in the year 2015-16, the MDI reduced to 369 million people (27.9%). Underlining the same, the Study claimed that India saw significant upliftment in a number of people who are multidimensionally poor.

The study that was done in all 10 countries further stated, rural areas are poorer than urban areas. However, In countries like Cambodia, India, Haiti, and Peru poverty reduction in rural areas improved faster than in urban areas.

While in countries like in Bangladesh and the Democratic Republic of the Congo – poverty dropped at the same speed in rural and urban areas both.

The report, however, further claimed that Children in all these 10 countries suffer poverty more than when it compares with the Adults. It added that, when compared to adults, children are likely to deprived in all 10 Multi-Dimensionally Poverty Index (MDI), lacking behind in Indexes like clean water, sanitation, adequate nutrition or primary education.

In countries like India, Haiti, Bangladesh, Cambodia, and Peru, Child poverty dropped faster than adults. But in Countries like – Ethiopia children fell further. While it stalled in the Democratic Republic of the Congo and Pakistan.

However, the report revealed disturbing data when it comes to Children. The study said, worldwide, one out of every three children is multidimensionally poor, compared to one out six adults.

It means that out of the 1.3 billion poor, nearly half of the people living in multidimensional poverty — 663 million — are children. The study highlighted that a major portion of these children, around 85 %, live in South Asia and Sub-Saharan Africa.

The report also highlighted a positive trend that those furthest behinds are moving up the fastest.