The Union Government on Thursday tabled in Lok sabha the bill that proposed to set-up an interstate River Water Dispute Tribunal in a bid to resolves water disputes in a time-bound manner. The Inter-State Water Disputes Amendment, Bill, 2019 was introduced by Jal Shakti Minister Gajendra Singh Shekhawat.

Introducing the bill, Union Minister Gajendra Singh Shekhawat said the bill to amend the Inter-State River Water Disputes Act, 1956, has been brought up after consultations. He further added that Bill was first brought up in the year 2017, however, it was sent to Standing committee.

Talking about the resolution, Gajendra Singh Shekhawat said, out of the 9 tribunals set up to dissolve the water dispute, four had been given awards.

Earlier on July 10, the Union Cabinet, that met under the Chairmanship of Prime Minister Narendra Modi, approved the bill that proposed to set-up an interstate River Water Dispute Tribunal.

The Inter-State River Water Disputes (Amendment) Bill, 2019, sought to the arbitration of inter-state river water disputes and make the present institutional architecture robust. The Bill sought to dissolve the present Tribunals and all the cases pending before the tribunals will be directed to new Tribunals after the bill gets Parliament Approval.

Speaking to media after the Union Cabinet Meeting, Union Minister for Information and Broadcasting Prakash Javadekar had informed there are many cases of water dispute pending before the tribunal for last 15-20 years.

It is noteworthy that Narendra Modi-led new government has introduced Jal Shakti Ministry. It came into existence after re-organizing the Ministry of Water Resources, River Development, and Ganga rejuvenation. PM Modi during in his portfolio allocation introduced a new ministry, Jal Shakti Ministry, as a promise made by him during the poll campaign of the recently held national polls 2019. 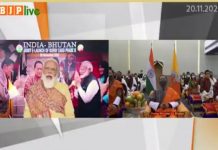