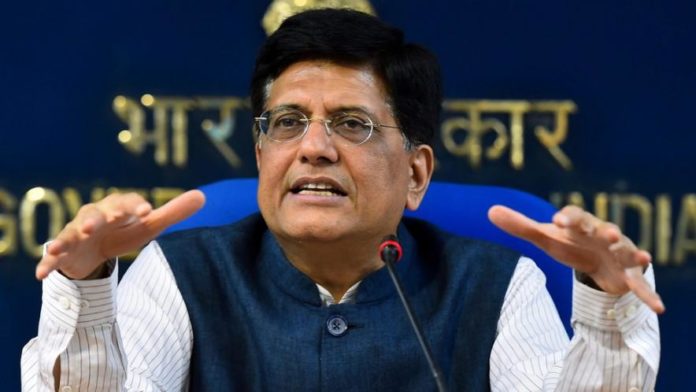 The Minister said that the project should be planned in a futuristic manner to incorporate the growing needs of cities like Bengaluru.

He said that the Suburban Project should be based on the Make In India policy and boost the Atma Nirbhar Bharat mission.

The meeting was attended by senior officials of the Railway Board and the Government of Karnataka.

Union Railway Minister Tweeted, “Hon’ble Minister Shri Piyush Goyal reviews the progress of various sections under completion in DFC on both corridors. Minister said that the project needs to be monitored on the daily basis to ensure that the completed project is handed over to the nation by June 2022.”

It may be noted that the Government of India had approved the Ministry of Railways’ proposal for construction of the Bengaluru Suburban Rail Project Project (BSRP) in Bangalore City in the month of October.2020.

As per the PIB press release, the project envisages the construction of 4 Suburban Rail Corridors with a total route length of 148.17 km. The project will be implemented by Rail Infrastructure Development Company (Karnataka) Limited (KRIDE), a Joint Venture company set up by the Ministry of Railways with the Government of Karnataka as a special purpose vehicle. The project is proposed to be completed in 6 years at an estimated cost of Rs. 15,767 crores.

The project envisions the creation of a dedicated Suburban Railway system in Bengaluru city to provide a safe, accessible, and comfortable mode of public transport. The project will ease traffic congestion, enhance rural-urban connectivity, and provide a cleaner mobility solution to lakhs of daily commuters. It will provide an economic, efficient, and eco-friendly transit alternative to the Garden City of Bengaluru. It will alleviate the massive transport problem of Bengaluru and link all parts of the city seamlessly. By providing rapid connectivity to Bangalore International Airport, IT Hubs, and the Commercial centers, the rail-based network will boost productivity and growth by reducing commuting time.

It will integrate multiple modes of transport like the Metro, Railways, and bus transport by constructing interchange hubs. This will ensure a smooth and seamless mode of transport to lakhs of daily commuters.

The project is expected to benefit the people by providing a safe, efficient and environmentally friendly transport system, Reduction in commuting time, Reduced fuel consumption, Reduction in CAPEX on road infrastructure, Reduction in pollution and accident, Enhanced Transit-Oriented Development (TOD), Increase in value of land bank in the corridor and generate additional revenue and Creation of jobs, etc.

The project is expected to be completed by 2026.